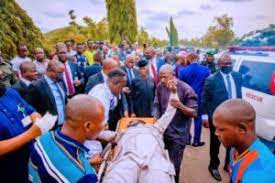 The Presidency has said that Vice President Yemi Osinbajo, was not involved in any accident this Monday morning contrary to the rumours milling around. the social media. 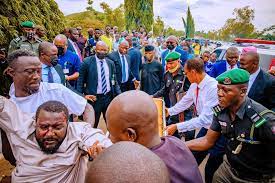 The spokesman of the VP, Laolu Akande, in a tweet on his verified  Twitter handle, said Prof. Oinbajo met an accident scene on his way to the airport and stopped his convoy to help the victims.

He said’’, VP Osinbajo was on his way to OWO, Ondo State over the unwarranted and dastardly terrorist attack of yesterday when his convoy met an accident scene on an airport road, in Abuja.

‘’He immediately stopped his convoy and asked his ambulance to take the victims to the hospital and report to him on the state of the accident victims.’’.

‘’He immediately proceeded to board his flight to Akure’’.