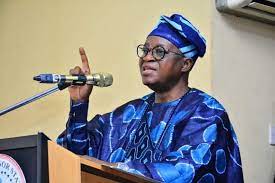 … Governor Oyetola  has rekindled  my hope-beneficiary

It was a  shower of praises and jubilation as a retired blind School teacher in Osun received a bond certificate of N8.3million. 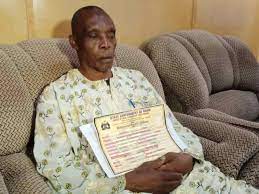 The retiree, Mr. Aniobi John, described the gesture as the best thing that has ever happened to him, saying  Governor  Adegboyega  Oyetola has rekindled his dashed hope.

The retiree, Mr. John  Aniobi,  was among the 162 retirees that benefitted from the N1.156b  bond certificates presented to a fresh set of pensioners by the State government.

The beneficiaries were primary school teachers, local government staff, and those in the core civil service, parastatals, and State-owned tertiary institutions.

Fielding questions from journalists shortly after he received his bond certificate,  Mr. John described the gesture as a great relief to him and his family in view of what they had passed through since he retired from active service.

The retiree, who retired in the year 2016 after he had served the State meritoriously for  35 years burst into tears of joy for being favourably considered by the present administration.

He decried the delay in the payment of his pension, which he said ought to have been paid before the expiration of the previous administration since he retired in  2016.

The pensioner who claimed h to have lost his sight three years before his retirement said the payment of his pension and gratuity in full would in no small measure go a long way to begin a new life filled with prosperity and abundance.

According to him, Governor  Oyetola has made what seems impossible possible,  put a smile on the faces of his family members and dependants who had hitherto lost hope after waiting for more than eight years!

‘’This is a true manifestation of a prayer point for one to receive his dues by one’s hand.

It is like a  dream  to me because this is a lost  hope that has just been rekindled   after waiting  hopelessly  for several years.’’

‘’I  retired from active service in 2016 as a schoolteacher after I had served for 35 years.

I retired at level  14 step 11, and since my retirement, I have been facing hell owing to the inability of the government to pay my entitlements.

‘’Though  I am under Contributory Pension Scheme, CPS, since  I retired, it hasn’t been my turn until today that I received my bond certificate totaling N8,361, 306.

‘’I am sincerely thankful to Governor Oyetola for making this a reality for me, most importantly when  I am still alive and healthy.

It is indeed a demonstration of genuine leadership and passion for the welfare of workers.

‘’Though it may take long before this is coming my way, I am fully aware that the current administration has not failed for once in its resolve to advance the cause, welfare, and anything pertaining to workers’ welfare and general well-being in the State.

‘’I  want to implore the Governor not to relent in his efforts to maintain the pace of development and be more steady on the lane.

People are watching and they know what he has been doing and how he has been struggling so hard to make things work in spite of the economic reality.

‘’As I return all glory to God, so also, I express my deepest gratitude to the State Government for making this happen during my lifetime and I appeal to the Governor to look into others so that they too can have their entitlements’’, He added.