Why Newly Recruited Young Constabularies go on Protest in Osun 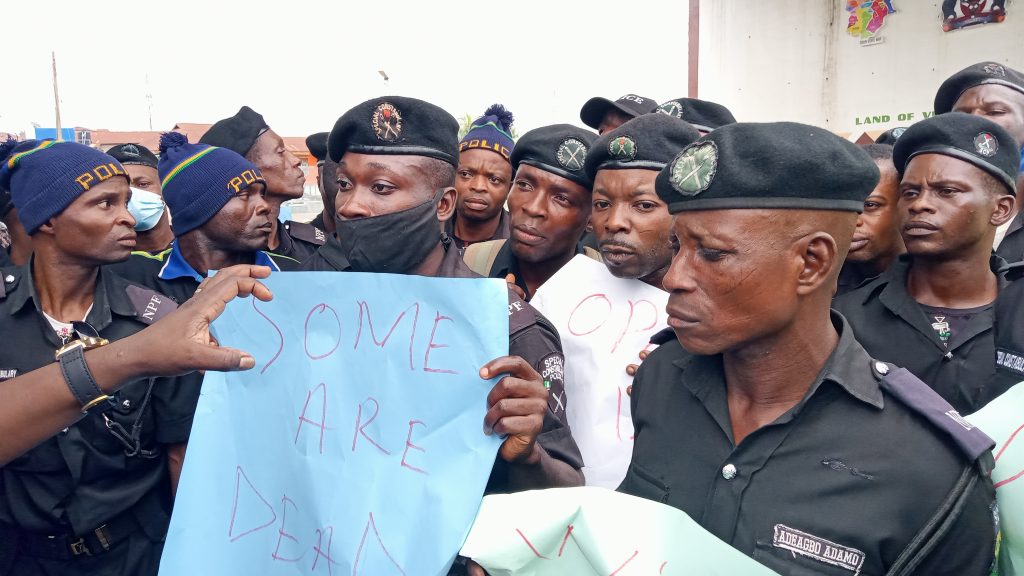 About 400+  newly recruited Constabularies  into the Nigeria Police Force  as a complement to secure  Osun State went on protest on Wednesday over non-payment of  their salaries.

The protesters were at the strategic places such as Oke –fia, Alekuwodo/Akindeko/ Olaiya  Flyover areas of the State. 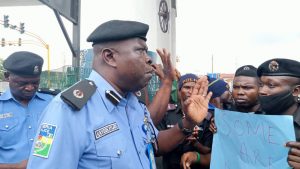 The angry Constabularies  were asking the government  to pay  their  18 months salaries  after the completion  of their training since May, 2021.

The protesters were seen  carrying placards  with various inscriptions ; ‘’Pay our salary now’’ , ‘’Okada riders  are sleeping with our wives’’, ‘’Pay us our 18 months salary’’, pay us our Stipend and Allowances’’, 18 months without kobo’’  and many more. 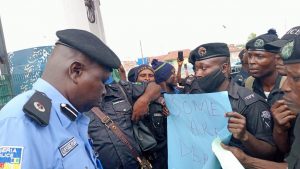 Speaking with  journalists, Constable Tijani Adewale  ,who expressed  his sympathy  with the aggrieved Constabularies , said despite  the fact that they  have not been paid, they were  really committed  to duties . He said, that no fewer than three Constabularies  have lost their lives in the course of  discharging their duties.

According to   Const. Tijani,’’ We  have gone  to the Local  Government , Honourables and some Dignitaries and yet  nothing is done’’. 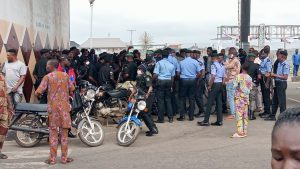 ‘’We lost three persons in Ikire and one in  Iree. These  people died in the course of discharging their duties. We are  very dutiful  despite  the fact  that we  have not  been paid a Kobo.

Addressing the protesters, the Commissioner of Police ,  Adewale Olokode ordered  them to  stop the protest in a jiffy and assured them that the appropriate authority  in charge of their grievances would  address the issues.

‘’You are embarrassing  the Force with your protest, you should have channeled  your grievances  through the appropriate  quarters.

‘’As  long as you are wearing this  uniform, we expect  you to maintain  high level of  discipline as Force men’’.

ACP Kayode Ayilara, the Area  Commander , who  had earlier  came to the to the scene of the protest , urged the Constabularies  to suspend  the protest , saying ‘it’s embarrassing  and uncalled  for, seeing them protesting in uniforms.  He said , they could have channeled their  grievances  through the appropriate  quarters  instead of  disturbing the public peace.

In a related development,  some police officers with the Osun State Command  also complained to pressmen  that they were  yet to be paid  their duty allowances  for covering  the Osun  July 16 , governorship election, ,which is almost two months after the exercise.

The officers who preferred anonymity  told newsmen  that about 140  officers from the State Investigation  Bureau (SIB), 30  from Explosive Ordinance Disposal(EOD), and about 160 Mobile  Police Officers  of Mopol 39  are  yet to be paid.

One of  the officers said , all other police officers deployed for the election  coverage  had received  their allowances , including  those deployed  from outside the State.

He pleaded with the Inspector General of Police(IGP) to look into their matter .