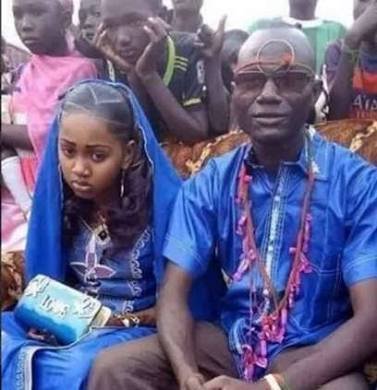 The issue of girl-child marriage is no longer a new thing. But the other side of it is whether people, -parents, in particular, understand the dangers involved in giving out their under-aged children in marriage. So, what is child marriage by definition and is it only among Africans that we have it? What are the reasons for girl-child marriage(s), how can we curb or expunge the practice? Are there any social implications? Let’s explore to find these.

Child –marriage is any formal or informal union where one or both parties are under the age of 18 years. Reliable records indicate that 12illion girls are married before the age of 18 years. Child marriage is found across countries, cultures, and religions. For example, the practice happens in Nigeria, Brazil, Indonesia, Ethiopia, North America, and Europe just to mention a few.

Many reasons have been advanced for this form of a barbaric, callous and dangerous form of union. Among these are gender inequality, poverty, traditions, and insecurity. The most common among these reasons are poverty and tradition/culture.

Many parents found it difficult to cater for their children after birth and therefore resort to trading them off before the ripe age of 18 years expecting  that they would get  some financial rewards  from such  ‘business’. Also, they believe that  the child(ren) will no longer be  their own ‘headache’ in terms of welfare which now rests solely on the husband. Similarly, in some traditions/cultures, friends agree to marry off their girl-child even while in the womb. The idea is like trade by barter. The help rendered in the past or to be rendered now or future is compensated with the promise of such under-aged girls without any recourse to their well-being or future.

On the social aspect, they regard it as a social status symbol making their girl-child raise babies to populate their environments, not minding the health  and psychological hazards involved. The underage is later in her husband’s house turned to a sex slave and instrument of abuse on the farm instead of going for formal or basic education to prepare her for future or womanhood. Some of them that are lucky to be in school before they are married off are scared of their precarious situations and daily looking forward to a change or stop to this uncivilized practice. For example, in Ethiopia, it was recorded that a girl was engaged at 8 years and now 12 years old!!! Her major dream now is looking forward to the moment she would leave the school to live with her husband-old enough to be her father.

Because of the serious social negative impact, the  child-marriage  is having  on these innocent  under-age girls and the society, a panorama  was conducted  with the public and other professionals. Let’s hear them: 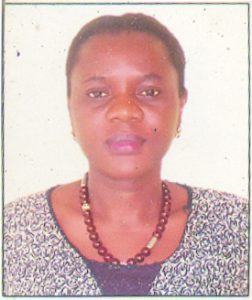 Question-TIN- What do you understand by girl-child marriage?

Answer-Mrs. Jaiyeola- By my understanding, girl-child marriage is a union between an adult man and an under-aged girl of less than 18 years.

Question-TIN-What in your opinion is responsible for this?

Answer-Mrs Jaiyeola–I think it is lack of education and poverty.

Question-TIN- Can you give out your girl-child in marriage at such a tender age?

Answer- Mrs. Jaiyeola- Never. My girl-child(ren)  are in school and could not be engaged or married until after their education. By that time, they would be mature to decide who to marry.

Question-TIN-Do you envisage any danger in giving out a girl –child in marriage?

Answer- Mrs. Jaiyeola- Yes. It is not a good health-wise. The body system  of the  girl is not  yet developed, she should  still be under her parents and in school learning about  her body  and environment instead of rushing  to involving  herself in making babies.

Question-TIN-What counsel would you offer to parents giving out their children in marriage at the tender age of 12 years or less?

Answer- Mrs. Jaiyeola- They should desist from doing so. They should think of the future of these under-aged and should not be selfish because of the financial gains, they want to achieve. Also, the governments (nationally and globally) should make a law on this and enforce the implementation of the law not to allow girls below 18 years to go into marriage; they should make it illegal.

-Mrs. Jaiyeola is an Educationist and Statistician in Public service 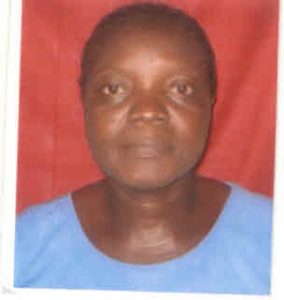 Question-TIN –What do you understand by girl-child marriage?

Answer-Mrs Aleoluwa-Girl-Child marriage is any formal or informal union where one or both of the partners are under 18 years of age, especially the girl who is prone to many complications.

Question-TIN-Do you think this type of union is very convenient?

Answer-Mrs Aleoluwa- NO. It is a marriage of inconvenience where a girl-child is coarse or manipulated by parents into early and dangerous marriage without any consideration for the girl’s well being.

Question-TIN- Is this practice peculiar to the African continent?

Answer-Mrs AleOluwa- NO. It is universal. Although more common in Africa. Each year, 12 million girls are married before the age of 18 years; countries, cultures and religions not withstanding-23 girls, every minute, nearly every 2 seconds!

Question-TIN- Do you think this girl-child marriage brings positive development where it is practiced?

Answer-Mrs AleOluwa- There is no right-thinking person that would support an under-aged girl for marriage because of its numerous complications such as subjecting the girl to so many hardships in life, because she is not prepared for the task ahead. She may not know how to cope with relationship, hence end up being labeled ‘a failure’ if eventually divorced. Also, she will be under psychological trauma owing to a greater risk of violence, orchestrated by her supposedly rightful development. Because that is the age to be in a school where she will meet her age mates to learn so many things that would add value to her life.

Question-TIN-Apart from what you’ve mentioned, are there any other disadvantages?

Answer-Mrs AleOluwa- They ate numerous. She is robbed of her childhood experience; she will be trapped in poverty if she doesn’t go to school or learn any trade. It is a form of sexual abuse if forced into such a marriage by the parents. This type of union prevents such a girl-child from achieving her full potentials and unable to realize her dreams or ambitions as she wants.

Question-TIN-Health wise, is the girl-child safe?

Answer-Mrs AleOluwa- Health wise, she is exposed to so many complications ranging from sexually transmitted diseases(STD), mental illness, surgical cases i.e. ruptured uterus, vesicovaginal fistula in which urine will be leaking uncontrollably  out to  a hole formed, linked  to the urinary tract to the reproductive part. Because she is inexperienced, may not allow the baby, product of this marriage to survive because it’s a situation of ‘’a baby has given birth to a baby’’.

Question-TIN- So, there is no advantage in this girl-child marriage?

Answer-Mrs AleOluwa-Even if there is an advantage since the disadvantages override the merits, it is not worth it and we are talking about life in this case. If we value life, we will not look at the advantageous side of it which is very minimal. We should think of life which is paramount; marriage and procreation can still be achieved in later years.

-Mrs. AleOluwa is a professional Nurse at LAUTECH, Oshogbo

WHAT IS THE WAY FORWARD?

-According to Nurse Aleoluwa, obstetric fistula is an injury caused by obstructed labour and which often results in ‘Constance incontinence, shame, and other health problems for social segregation of the victims. Their young bodies are not fully developed and ready to bear children. In Nigeria, Niger state has the largest rate of child marriage in the world!!! Something drastic is to be done about it.

Our Churches, Mosques, Temples (India) should start preaching or sermonizing against child marriage. Pastors/Imams should find out their ages before joining them as husband and wife and use the word of God to discourage such a union.

Communication for change is crucial in this aspect. Let there be street drama, radio and television jingles to sensitize the populace all over the world on the dangers embedded in upholding this practice.

The belief that girl-child marriage is part of some cultures/traditions notwithstanding; it must be discouraged in order not to perpetuate the circle of poverty in various societies from generation to generation. The solution is not to condemn all traditions but to work with communities to change the traditions from within. According to GIRLS NOT BRIDES Champion, Graca Machel’’ Traditions are made by people; they can be changed by people’’.

Girl- Child marriage is not only for girls. Boys are married off too. According to UNICEF, 156 million men alive today were married before 18 years of age. Child marriage often pushes boys into the workforce and forces them to undertake adult responsibilities at unripe ages and before they are ready for it.

The Centre for women development in Nigeria and other similar departments in  countries affected should look into this issue objectively and act fast to discontinue the trend by partnering with their communities, agencies  and the media to use oral-media in campaigning against this deadly monster of child-marriage.