WHERE IS THY POWER SOURCE? 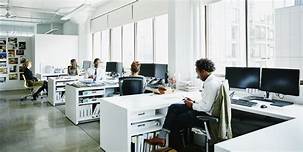 Did you use your power or wealth or position judiciously and candidly or perniciously and treacherously?

Did you not use your power or wealth or position to suppress and to  oppress the less privileged and the downtrodden  masses?

Have you not turned the ”King of Kings” or the ” Lion of Judah” or the present-day  Hitler or Pharaoh in your new social top-coat? Have you not become drunk or mad  with that power or wealth or position of yours?

Has the power or position or wealth not gone into your head and working with  a tendency of suicidal depression?

Has that power or wealth or position not turned you claustrophobic or megalomaniac? Or you are working true to a saying that:”when destruction is  inevitable  the brain will stop working”?

”The worthiness of life is deep rooted  in sacrifice to mankind” If one dies in the process , he becomes a martyr of the people’s cause”, so wrote Late Abraham Lincoln of America to his  Press Secretary on the eve of his assassination. What an irony and a tragedy!

But one thing is certain, man is an insatiable being. He will continue to be in need; to be unsatisfied; to aspire for more and higher things and this he will continue to do until he dies. It is only death that can satisfy Him. So after becoming or buying or   beating or stealing or building or owing whatever you desire, then death is the one you do not aspire for but which  is  certain and the inevitable next.

”There is need to shape the future by shaping today or else we shall be dragged down the long, dark, and shameful corridors of  time reserved  for those who possess power without compassion, might without  morality, education without conscience and strength without sight,” so put down Dr. Martin Luther King (Jr.); one of the first proponents of unbloody revolution in America.

Even the Christian Bible says;”thou cometh to the world with nothin’ and thou shall return with nothing”? Vanity upon vanity,all is vanity.” From man to transition; from transition to transfiguration; from transfiguration to re-incarnation then life begins  all over again, but the tragedy therein is that  a previous Head of State may come back a Houseboy. What a vindication of  a ‘no condition is permanent’ aphorism. Quel dommage(what a pity!) It is therefore worthwhile to say as once said by one British parliamentarian,”if  we do not end Churchill, Churchill would end us…….. we had better get rid of  him now before we forget the debt we owe him.” So Dear passers-by you should therefore tread softly,softly in whatever power, position or wealth you find yourself because, ”what today is tomorrow may not be,” so says the old Juju doctor who used to consult his Opele(oracle) every five days.Everything is  timed and time is everything.

Have a change of attitude and change of mind for better and for good today. For it should be now or never as tomorrow may be too late to cry when the head might have been off the shoulder. And even ,”a stitch in time,people say,saves nine”.

One Chinese proverb says,”God make no more giants but elevate the whole race”, and I say AMEN,while also saying”omnia bona bonis”(all things are good to be good) and YOU ARE NO EXCEPTION.

Your Rare Opportunities to Have a Land in Fantastic Central Business Areas of Lagos is here Again!