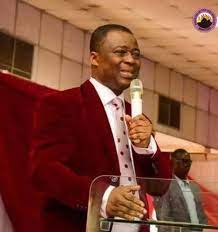 ’’Then Isaac sowed in the land, and received in the same year a hundredfold: and the Lord blessed him. And the man waxed great, and went forward, and grew until he became very great. For he had possession of flocks, and possessions of herds, and great store of servants: and the Philistines envied him’’.

Envy is the feeling of resentment, discontentment, or jealousy of another’s position or success. Our text for today reveals that Isaac got a great reward for obeying  God’s instruction that he should remain in Gerar and not go down to Egypt because of the famine. The God that brought water from the rock can overrule natural laws to bless His children. What was Isaac’s reward? He sowed in the land and received in the same year a hundredfold and God blessed him. He waxed great, went forward, and grew until he became very great. Though he was a stranger in the land, the God of the covenant was doing marvelous things in Isaac’s life, and his testimonies made the Philistines envious. That negative spirit moved them against Isaac. They stopped and filled his wells with earth.

Abimelech also told Isaac to depart from them. He said, ’’Go from us; thou art much mightier than we.’’ Isaac, being a peace lover, moved his tent to the valley of Gerar.

Jealousy and envy are by-products of our carnal hearts and must be overcome by the power of God’s spirit of love. Both of them destroy personal relationships, family ties, and the bonds of love that should exist among brethren.

Jealousy and envy are behind sibling rivalry, disunity,  and murder homes, communities, and churches. They are sinful and God does not want His children to exhibit them.  Jealousy and envy provide the motivation for wrongdoing.

When Joseph’s brothers saw that their father loved him more than all his brethren, they hated him and could not speak peaceably with him. Envy made them sell Joseph into slavery(Genesis 37:4).

The Bible also says that Saul envied David and made several attempts to murder him (1 Samuel 18:6-9). Joseph’s brothers him in the long run.

Becoming like Christ should be the goal of all His true followers and heaven-bound Christians.

Beloved, in case you are struggling with this negative emotion, there is a way out. The cure for jealousy and envy is to pray for more of the Lord’s love and the grace to be more like Jesus.