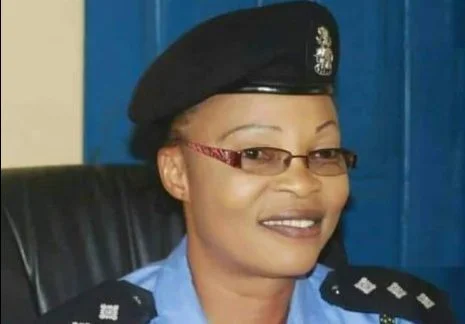 The Osun State Police Command on Tuesday said it arrested two armed robbery suspects that allegedly broke into some houses in Ibokun, Obokun Local Government Area and robbed residents of their belongings.

The Spokesperson of the Command, SP Yemisi Opalola, spoke during the parade of criminal suspects in Osogbo.

Opalola said the suspects were arrested after the matter of armed robbery was reported at Ibokun Police Division.

She said: “On September 29 at about 9:10am, a complainant reported at Ibokun Police Division that on the same date, at about 2:30am, they were robbed by three armed men who forcefully gained entrance into their houses, having broken their entrance door with a big stone.

“He said they were dispossessed of their valuables, which included clothes, shoes, laptop, TV set, different models of handsets and Toyota Camry car with Reg. No. FST 969 GL, belonging to one Aluko Tolulope.

“Immediately, the case was referred to State Criminal Investigation Department of the command for discreet investigation and the suspects were arrested with the Toyota Camry at Ibadan in Oyo State.

“Efforts are, however, ongoing to get other fleeing suspects arrested.”

In other developments, Opalola said one Akinola Michael, 33, was also arrested in connection with the killing of one Yakubu Zakariyau, a commercial motorcyclist in Ile-Ife and Ibadan, and stealing of his motorcycle.

She said the father of the victim reported that his son received a call by someone to come and pick him up on July 4 and that after his son left home at 9:30am to pick up the caller, he did not return home, neither could he be reached nor found.

She said: “Immediately the report was received, Police Detective from Anti-Kidnapping section swung into action and through diligently and scientifically analysed intelligence-led investigation, the police detective was able to arrest one of the suspects, one Akinola Michael in Ibadan.

“He confessed to have jointly killed the deceased with one Alekuso Rotimi (now at large) at Ogundipe Zone II area, Egbeda LGA, Ibadan with hammer and buried him with his phone in a thick forest while his Bajaj motorcycle was taken away by them.

“Efforts are ongoing to arrest other conspirators.”

She said all the suspects would be charged to court after completion of investigation.