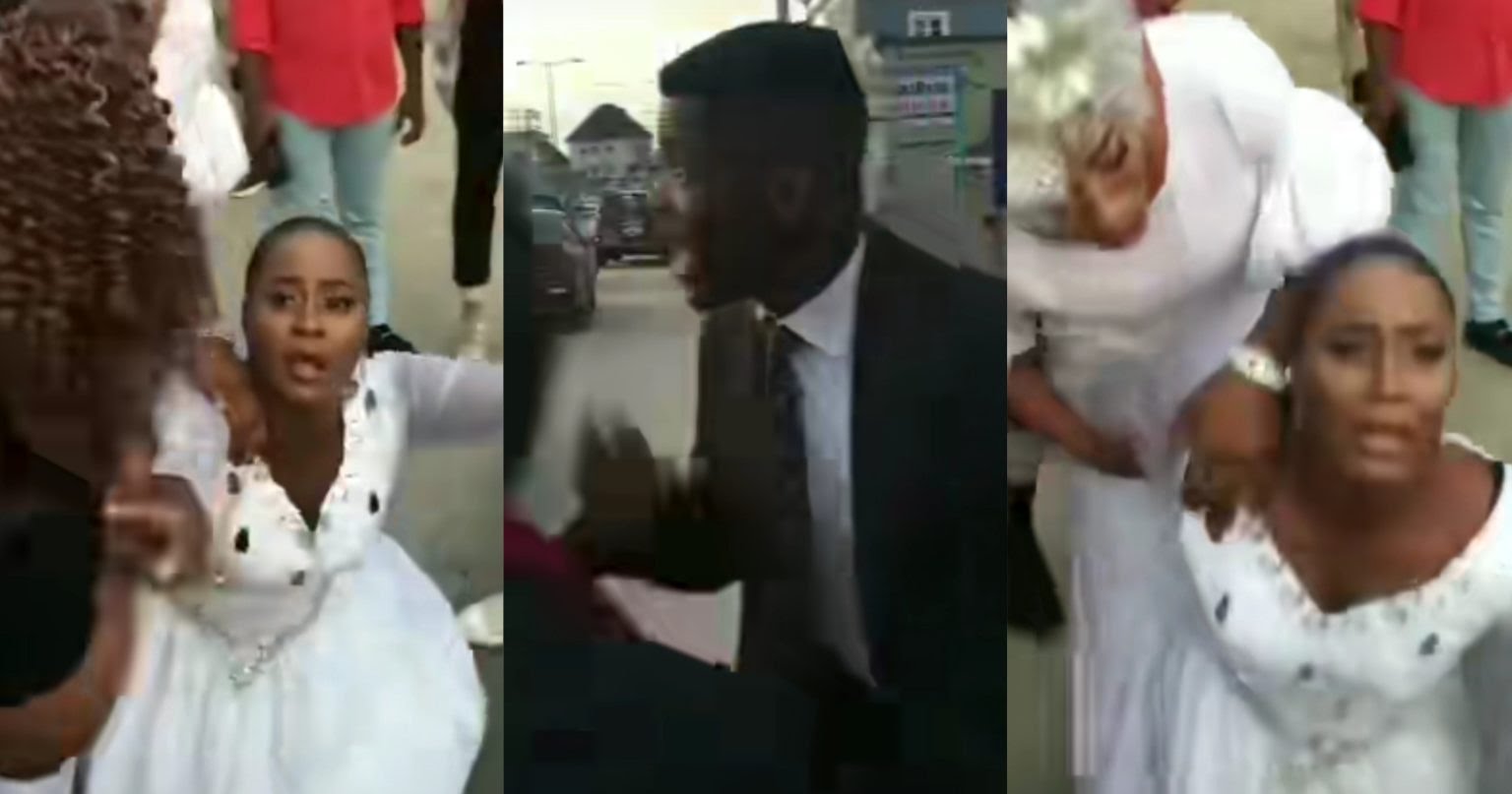 A Nigerian guy disrupted his wedding ceremony when he got the wind that his wife-to- be is a mother of four children.

The man was informed about the woman’s status when they were about to exchange their marital vows. He was totally dazed because the bride-to-be never mentioned it to him!

In a video making the rounds online, the man who was visibly angry stormed out of the church while his bride was running closely behind him.

Outside the venue, the ‘bride’ was rolling on the floor crying ,following the man around  begging the man not to humiliate her on her wedding day

However,the ‘groom’ was spotted explaining the situation to some people ,as people were appealing and begging him to forgive the lady.

Well-wishers and bystanders joined the bridesmaids as they were trying to lift the lady up from the ground appealing to her to stop crying.