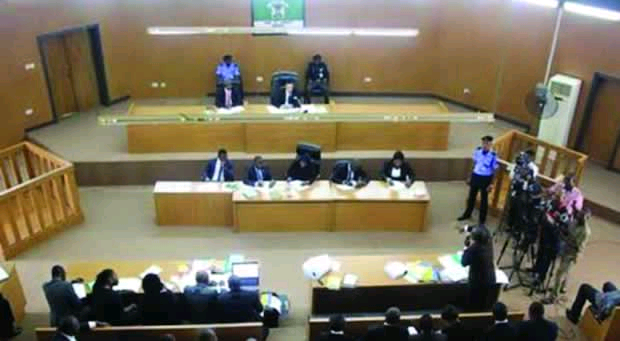 Four applicants were on Tuesday docked in an Upper Area Court in Karu, Abuja for allegedly selling ammunitions and guns to notorious criminals.

The Prosecution Counsel, O. Oyeyemi, told the court that the defendants conspired with one Karo Maline, who is now at large, to hoard and sell ammunitions and guns to notorious criminals.

He said police investigation revealed that the defendants aided and abetted an act of possession of prohibited firearms.

He said the defendants at various times sold arms and ammunitions to different people in different locations in Nigeria.

The defendants pleaded not guilty to the offence.

The offence, he said, contravened the provisions of sections 97 and 85 of the penal Code.

The Judge, Malam Hassan Mohammed, granted the defendants bail in the sum of N200,000 each with one surety each in like sum.

Mohammed ordered that the sureties must reside within the jurisdiction of the court and their addresses must be verified by a court officer.

The case was adjourned until November 14, 2022 for further hearing.