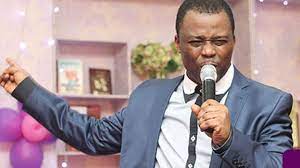 When you honour God, He will honour you. Those who have no time for God will reap the consequences of their actions. If you push God to the rear, you may have yourself to blame. Remember, He is the Alpha and Omega. He leads the way and comes behind those who trust Him. He is all over them (Psalm 91)

The story was told of a group of drunken youths who decided to go to a party. They went to invite a female friend to accompany them. The mother of the lady escorted her to the car, and when she saw that everybody in the car was drunk, including the driver, she was so worried about the drunkenness of her daughter’s friends that she said, ‘’My daughter, God be with you, and may you, and may He protect you’’.

The daughter  responded: ‘’Since the car  is already full, if God  wants to enter into the car  to protect me, He would have to sit in the boot.’’ Some hours later, news came that the car had been involved in a fatal accident. The car was crushed beyond recognition and everybody in it died.  But surprisingly,  the boot was intact!  In fact, not a single egg from the crate of eggs in the boot got broken. God was in the boot as she uttered.

Beloved, be warned about what you say and the consequences. The truth is that our words are clear indications of what goes on in our hearts.  Righteousness cannot be transferred. You must be a carrier of  God’s power, rather than  God struggling for space in your life. If you give Him room in your life, He will dwell with you. Little can the prayers of others do to help you.

You must get to the point of acknowledging  God and giving Him a chance in the vehicle of your life. Let us stop playing church and putting up a front of righteousness, being full of activity, being religious but not godly. Give God a chance in your life; don’t keep  Him in the boot; let Him be on the driver’s seat. Let Him be in control; let Him be in charge! Remember your Creator now. Tomorrow may be too late!