Intruder with Mask Kills Mother infront of her Children 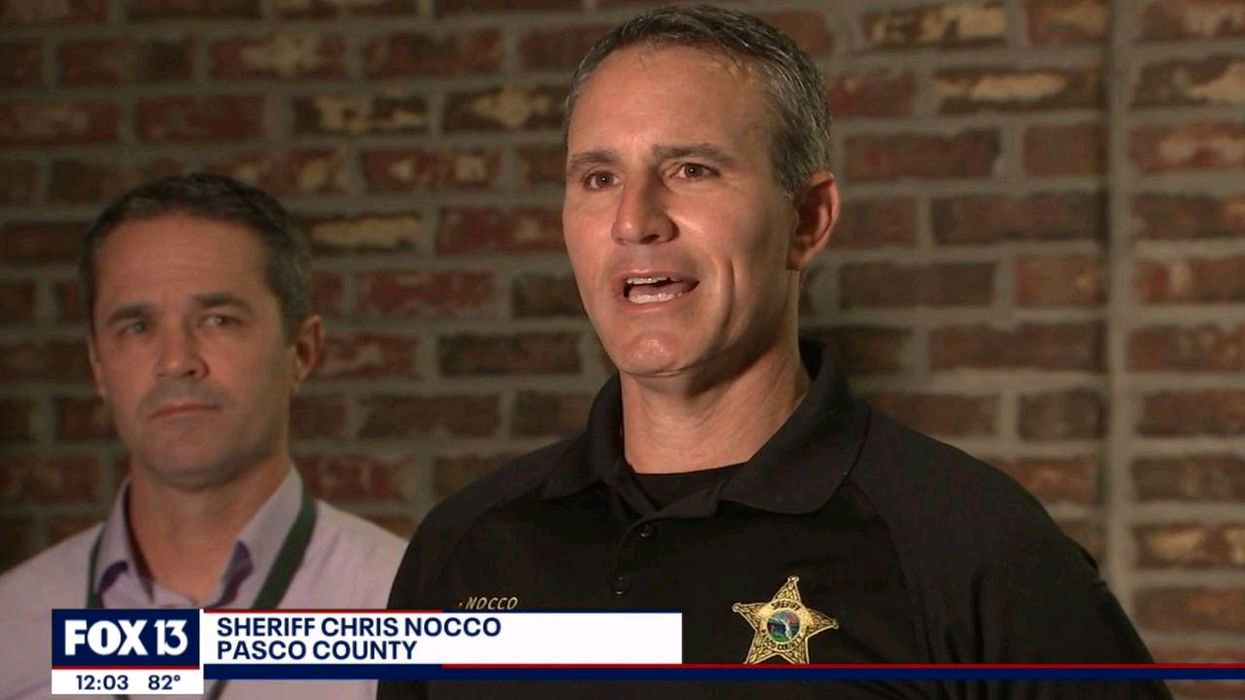 Early Tuesday morning, a man wearing a skull mask kicked down the front door of a Florida home and for thatced his way inside. The suspect then shot and killed a woman in front of her two young children, WTVT reported.

During a press conference on Tuesday, Pasco County Sheriff Chris Nocco stated that a gunman knocked on the door of a New Port Richey home after 12:30 a.m.

The knocking woke a woman sleeping on the couch in the front room. She told authorities that a suspect wearing a black skull mask kicked the door in and pointed a gun at her.

The gunman continued past the first woman and approached a bedroom where another woman was in bed sleeping with her two children under 12 years old.

“The light comes on, (the victim) sees the suspect walk into the door,” Nocco said. “She sits up. As she sits up she says, ‘Don’t shoot me.’ The suspect then fires one round at her. She falls off the bed. He fires another round directly at her, striking her.”

Don’t miss out on content from Dave Rubin free of big tech censorship. Listen to The Rubin Report now.
The female victim was taken to the hospital, where she was pronounced deceased. The second woman in the home and the children were not injured.

After the shooting, the suspect fled the scene in a vehicle. He remains at large. Neither the victim nor the suspect have been named at this time.

Photographs of the scene showed the front door completely knocked off its hinges.

Nocco described the killing as a “targeted” attack and stated that the gunman appeared familiar with the home’s layout. However, Nocco said that he did not know if it was a domestic-related incident but noted that anyone involved in a relationship with the female victim would be questioned.

The sheriff stated that mental health counselors are providing care to the two children and woman in the home that witnessed the attack.

“For these young kids, I can imagine they were out last night trick-or-treating and I can imagine they went to bed a little later, like all the kids did last night,” Nocco said. “But to be woken up, to have a suspect walk in, turn that light on and shoot the person who was in the bed with them, that’s horrific. That’s the only word I can think of.”