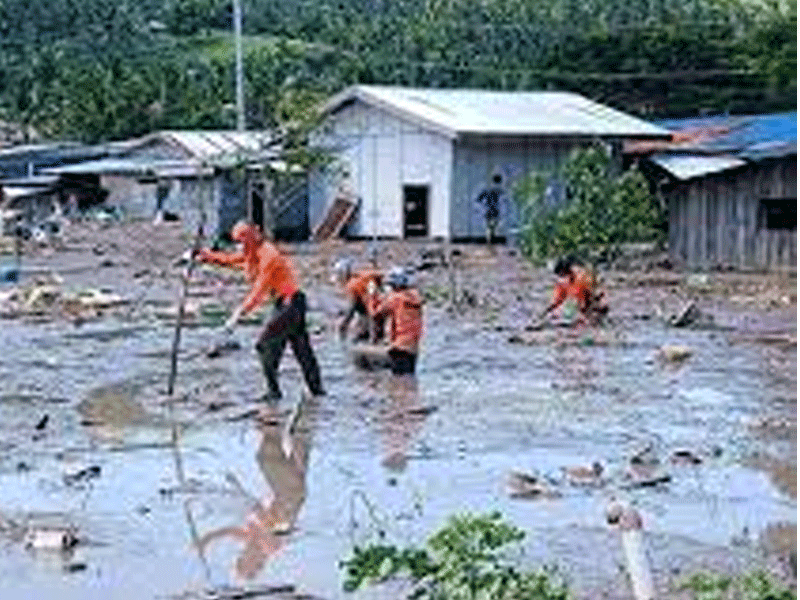 The Philippines’ disaster agency, on Tuesday said floods and landslides, triggered by a tropical storm in the country, have killed 110 people and affected almost 2.4 million. According to the agency, 33 people are still missing, while more than 100 persons have been injured.

The agency added that 59 of the dead were from the southern province of Maguindanao, where more than 100 houses were swept away by floods or buried in landslides. It said 16 were still missing in Maguindanao, but authorities said it was less likely for survivors to be found at this point.

The agency said 22 of the fatalities were from the Western Visayas region, while 12 were from the provinces of Cavite, Laguna and Batangas, just south of Manila. The affected areas have suffered widespread flooding after storm Nalgae brought heavy rains days before it made landfall in the eastern Philippines on Saturday.

The weather bureau said Nalgae has moved off the Philippines, but a new tropical storm was moving towards the country’s eastern coast and was expected to bring more rain. Storm Banyan, however, was expected to weaken into a tropical depression, the bureau added. The Philippine archipelago is hit by an average of 20 tropical cyclones each year.