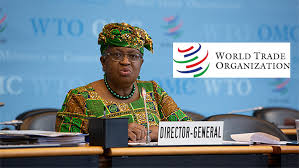 Every 8th of March is World’s Women’s Day all over the world. This is in recognition of the vital roles women play in society.

Definition- Who is a woman after all? Every human being living or dead were born of a woman whether by natural birth or via caesarian operation or another medical device. A woman, according to The New Lexicon Webster’s Dictionary of the English Language, describes a woman as ‘’an adult female human being’’.

Without any modicum of doubt or contradiction, a woman is a woman all over the world whether black, white, or albino, because they have the same features or body components.

In this piece, I want to eulogize women all over the world and also try to encourage them in their good works and ask them to do more. I am referring to the virtuous women who have been focused, loyal, and transforming lives right from their homes down to society in general.

A writer once said, ’’Reverence is one of the signs of strength; irreverence one of the surest indications of weakness. No man will rise high who jeers at sacred things. The fine loyalties of life must be reverenced or they will be foresworn in the day of trial’’. Women are to be revered.

A virtuous woman in her home is patient, caring, understanding, and full of love; not only to her husband but also to the children. She works around the clocks with a determined mind for her home to be successful and to challenge every challenger in her home.

As a mother, she’s divinely vested with the role or responsibility of bearing children and training such children with the cooperation and assistance of her spouse. She stays mostly with the children at the formative stage, molding their habits to suit society’s expectations; this is what makes her happy. She trains these children to be happy, honest, orderly, industrious, and painstaking; and leads them to have a vision of their purpose in life through regular counseling and the word of God, in order not to become a caricature of what God had ordained them to become in life. She also disciplines them as appropriate (most men are weak at disciplining their children and some could be too extreme)

Mothers are the first teachers of children they give birth to before such children are enrolled in the formal education system. No wonder the saying ’’charity begins from home. These children may later become teachers in higher institutions of learning teaching other children.

I recollect vividly my own mother of blessed memory; she was the one who groomed one of my cousins living with her the rudiments of elementary school even before the boy was enrolled in school. All the aspects of the alphabet, multiplication tables, and English dictation were taken over by her just to prepare the boy for formal education. This was before the advent of Nursery Schools as we have today. That young boy of yesterday has now grown to become a responsible professional affecting lives in his domain.

A woman is a good manager of finances and does it judiciously; whatever is given to her by the husband as home keep allowance is tailored towards the budget of the home and supports the husband if she has a secular job as a salary earner or businesswoman.

As a virtuous woman, she’s the first one to wake in the morning to cook for the family and prepares children for school.   She’s concerned with the children and sympathizes with them, knowing their vulnerabilities.

As an administrator, a woman balances her home fronts chores, taking good care of her husband, and reduces stress as much as possible for her husband, to allow peace in her home. She submits to her husband, not as a weakling but as one of her roles to sustain her family.

Women in the Society

There is no gainsaying that women are great performers in society. From time immemorial, despite the hard and uncooperative environments, they may find themselves, subject to discrimination, women still contribute to have their say or make an impact in our societies. If she’s permitted by her husband, she could be employed in an organization and become the head of such an organization, launch various programmes in any society she may belong. She may take interest in literacy campaigns, education for the aged or disadvantaged girls to mention a few.  Mention could be made here of ‘’Better Life for Rural Women ‘’ launched and executed by the late wife of the ex-military President Ibrahim Babangida in Nigeria. That programme went to every rural and urban area in the country empowering the less privileged women in various vocations. Women have caused a great stir to raise the society as a challenge to their traditional roles of ‘meant only for the kitchen’.  Women’s positive impact is also felt in Churches and Mosques to educate the youths and men and assist men to fulfill their roles in the house of God.

Women have been movers and shakers of the world both economically, politically, and spiritually. Suffice to say that the list is inexhaustible but to just mention a few, internationally and locally:

The list is inexhaustive. These are women of distinction who have broken barriers, touched lives, and made a big difference in a world dominated by men.

Having said all these about women, we should also not forget to knock hard on the conscience of those women derailing the right courses of the virtuous women all over the world. This set of women leave their children nonchalantly not minding the company they keep and allow them to be a burden, not only for them but for society. We found such children among armed robbers, drug addicts, kidnappers, insurgents, internet fraudsters, and other bad groups. In the past, women were revered for not participating in any vice such as mentioned above, but the reverse is the case now. What a man can do, a woman can do better is now what they say.  Women are found among all the multifarious vices we can think of and some set of parents are oblivious of what their children do. What concerns them is the money such females would bring home! It is high time such mothers brazed up to allow the divine purpose in their homes to be fulfilled. Such mothers must watch the company their children keep, discourage indecent dressings and teach the moral lesson of contentment. The world needs peace and mothers are vital to bringing this to fruition.

Farrah Fawcett says, ‘God made man stronger but not necessarily more intelligent. He gave women intuition and femininity. And, used properly, that combination easily jumbles the brain of any man I’ve ever met.’ Women are the real architect of society. God bless all women. Happy Day to you all.