The Trouble With Nigeria

The Trouble with Nigeria- 2

‘’The trouble as we all know is that while there may be unity of purpose in Nigeria, there is no equity in the unity of purpose. no agreement on the ends to be pursued. A rider and his donkey may have unity of purpose, the purpose being to convey sacks of grain from one point to another. But one of them is carrying both the sacks and the man on his back, while the man enjoys a ride astride the donkey’’.-Anthony Enahoro

A democratic system must rest on the agreement. Poverty, unemployment, and insecurity produce little incentive to agree. In post-1918 Europe, poverty, and unemployment afflicted almost every country, providing a powerful stimulus to discontent in countries such as Italy, Germany, and Austria.

Democracy is also a sophisticated form of government. Democracy which appeared on paper such as that of Nigeria, often produced so many parties in parliament that stable government was impossible, and it was necessary to form coalitions.  To get agreement within a coalition government usually meant avoiding controversial questions which demanded solutions.  The fundamental issues in Nigeria project have to be looked into in order for us to finally heave a sigh of relief. The issues of resource control, ethnicity, and our ‘borrowed constitution’ among others.

There is a wide gap between the rich and the poor; wealth should be shared evenly; if not, the result will always be resentment and loss of confidence among the people.

Insecurity in The Land

The #EndSARS protest was a pragmatic show of discontentment among Nigerians and not only among the youths. The youths are the vessels God used to bring it to the fore; the adults are accustomed to ‘suffering and smiling’ so to say. Nigeria is merry-go-rounding in the euphoria that all is well when actually we are seriously in deep crises The information Minister once said,’ ’we have defeated Boko-Haram technically’’. Is that a reality? The insecurity in the nation is mind bleeding. Every minute you tune in your radio or switch on your telly, or read the news in the newspapers or online, it has always been the same old sad story of either kidnapping, murders, Boko-Haram insurgents, or other heinous crimes.

Our concern here about insecurity in the nation is that the government is keeping lip service on this matter and applying a ‘’television action’ or media propaganda to arrest the ugly situation. Bad enough, anyone that cared to talk about all these unwarranted killings is either rebuffed or picked up for questioning!  Most of the good suggested solutions about our barrage of problems are tagged criticisms. Perhaps we should refer to the open letter to the President, President Muhammad Buhari last year, by the Ex-president of this country Gen. Olusegun Obasanjo. Most of the issues raised in his open letter are now happening and the government is now applying a fire brigade approach to applying the necessary antidote. This does not augur well for a big country like Nigeria. Everything should not be politicized along the ethnic divide; rather the government should always look at issues holistically and listen to the voice of reason.

The government should take precautions on our porous borders. Why should anyone migrate into our country without being documented or ‘noticed’? This is homework for the Minister of the interior. There must be proper monitoring of our borders not only for the smugglers but those entering illegally for one thing or the other. It has been established that the majority of the herders terrorizing our country and farmers, in particular, are foreign Fulanis. Let them be fished out, documented, or booted back to their country. There should not be a sacred cow. The government knows where these bandits are, they communicate with them; therefore curtailing or stopping their evil acts should be met decisively with volcanic force and not with kid gloves. Nigerians are tired of waiting for the President to talk and his media man telling Nigerians that the President is not garrulous hence his graveyard silence. The government should have a human face and issues addressed promptly as they come.

Our military and paramilitary are doing their best but efforts should be made more to rout these deadly monsters in our mist-the Boko –Haram, the Bandits,  cattle rustlers, armed herders killing farmers all over the nation, and the kidnappers. It has been alleged that there are also saboteurs feeding the enemies about the strategies of our military and that even their welfare is not adequate enough which has been causing set back in their operations. The government must look into these areas to improve the welfare of our military men and women and block information leakages. The Military must be motivated aggressively. Osama Bin Ladin was brought to his knee by America, ditto Gadaffi of Egypt. Who is this Shekau of Boko –Haram that cannot be touched by our internationally recognized and respected army? We should target the leaders of these evil groups, arrest them and bring them to book.

The recent pronouncement of ‘’shoot at sight anyone with AK-47’’ is a welcome device. It was long overdue but timely now that our country is gradually moving toward anarchy like the past genocide in Somalia. God forbids this in Nigeria. Tighter security, border patrol, and surveillance at Nigeria borders as directed by the president are also welcome development. 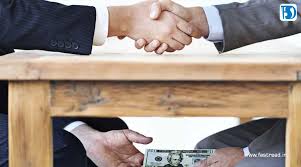 This is too annoying and absurd. Why should somebody kill or abduct his fellow human being and all we do is to pay him for the evil he has done? No wonder killings and kidnappings have become big money and trade in Nigeria! No matter how ‘reasonable’ this ‘supposed solution’ to stop these evil people, it should be discontinued because it is a crime to humanity. Criminals are criminals and should be treated so.  All our arsenals should be directed at them and rout them without delay if we still want to have a country we call our own. The military should be adequately equipped with sophisticated weapons and their welfare taken as a priority.

Besides the issues of insurgency, kidnapping and armed banditry is another monster called corruption. This has continued to rear its ugly head since independence and now has reached an alarming stage. This endemic cut across every facet of our lives be it government, individuals, and what-have-you. It is people that are running the government and they are the ones siphoning and laundering the people’s money overseas at the expense of the poor masses despite the eagle eyes of the Economic and Financial Crime Commission (EFCC) on the prowl to apprehend anyone found guilty. There must be a deterrent otherwise corruption may send the nation into oblivion.

Non-Working of Refineries /Constant Increase in Petroleum and Allied Products

What else can we then say; the problems are much and may seem endless if we want to continue. The issue of non-working of our refineries has been very wicked to the Nigerians. We produce oil in abundance but could not refine it here therefore prices of petroleum keeps on soaring up on a daily basis. Let the government repair our refineries and make life comfortable for the masses. If an individual can braze the trail by establishing a refinery in the country(Aliko Dangote), I believe the government can reciprocate the good gesture of this business mogul by repairing our faulty refineries or build better ones. 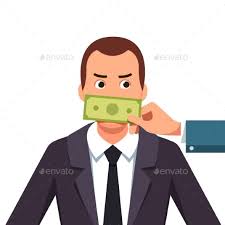 Corruption has become pandemic in Nigeria and the transparency International has given Nigeria a bad position among the adjudged corrupt nations. Whether this is true or not is not the issue but the fact is that we are all corrupt. There is corruption in the civil service, private sector, churches, and mosques; even corruption in the market places. Everybody needs to decide to help the situation and starts doing right. The Police should decide not to take bribes, the office messenger or assistant or gateman should work without looking for a tip. The custom officers should not be the ones that will show alternative routes to smugglers, while churches and mosques should shun ostentatious preachings that lead nowhere but corruption. Imagine an undergraduate, yet to finish his studies from the university but found his way into the national service! How come? This is to tell us the level of corruption in the system; the alleged government officials who said he fed students with billions of Naira while on holidays is a pathetic case of insincerity in Nigeria at the expense of the poor masses. People are the government and should allow the system to work.

According to John Imo (The Punch,15 November 2005,p.17),’’ I believe the greatest obstacle to Nigeria’s development is not only the corrupt political leadership but also the ignorant and dubious elite we have. This group to my mind, holds the vital keys necessary for social change, but it has failed to realize it; or rather using its power for primitive and selfish ends. Journalists and religious leaders have the power of mobilization in their hands, and only need to direct their minds towards building a new Nigeria’’.Positive change is what we need.

The following can serve as suggestions to control these monsters in our country, Nigeria especially banditry, kidnapping, and insurgency:

Nigeria is not the only country in the world with a bundle of challenges or problems be it economic, political, insecurity, and the like. What is important is for us to address them squarely and not beating about the bush. As somebody once suggested, the army may have one of its barracks stationed at Sambisa forest adequately equipped technologically with good lightings. . Until we dared it to meet the lion in its den, we are scratching the matter on the surface. A desperate disease needs a desperate cure. When we act on the needful, it is then Nigeria will seize the trouble insurgency is posing to our existence as a nation. And citizens can sleep with their two eyes closed.