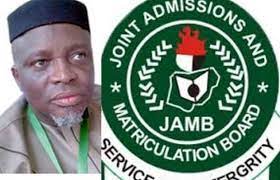 Prof.. Ishaq Oloyede, the Joint Admissions, and Matriculation  Board (JAMB) Registrar, on Tuesday, said the agency has uncovered 706,189 illegal admissions by Universities, Colleges of Education, Polytechnics, and other allies.

The Nation quoted Oloyede while making the disclosures at the consultative sensitization meeting with select Stakeholders in Abuja.

Oloyede said,’’ As a measure of mopping up the backlog of improperly admitted candidates, the Honourable Minister of Education, Malam Adamu Adamu,  assented to the Board’s Plea for a Last chance for the violators.

‘’He also approved the caveat that the culprits should first and foremost, declare the number of candidates admitted outside CAPS between 2017 and 2020 by sending a formal letter of confession and disclosure to the JAMB Registrar.

Those minimally qualified would then be condoned to be an end to the period and finally, put the matter to rest.

‘’The Board was then directed to launch a massive campaign to educate the public against accepting such illegal admission henceforth.