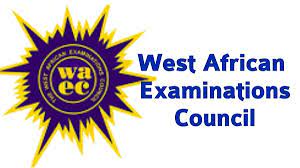 The West African Examination Council (WAEC)  has increased the registration fee for its West African Senior School Certificate  Examinations(WASSCE) for both the school-based  May/June and the two other editions for private candidates from N13,950 to N18,000 per candidate. The increase was because of operational costs owing to COVID-19  and high inflation for the development.

The increment takes effect with the current SS3  students, who will be writing the examination next year 2022.

The organization has also released the results of candidates who sat this year’s edition of the examination, presenting 81. 7 percent of candidates with pass marks in mandatory five subjects, including English Language and Mathematics.

It has also made provision for the candidates in the South-East, whose examinations were disrupted by people suspected to be enforcing the sit-at-home order, to retake the papers concerned with the private candidates for the ongoing exam free of charge.

The Head of the National Office of WAEC Nigeria, Mr Patrick Areghan, gave these hints on Monday in Lagos at a media conference, to announce the release of results of this year‘s school-based WASSCE.

A total of 1,560, 261 candidates  sat the examination, out of which 1, 274,784 representing 812.7 per cent) obtained credits and above in at least five mandatory subjects including English Language and Mathematics.

It is the first time in recent years that WAEC  would record such a high percentage of successful candidates in both the school-based exams and the private candidates.

Areghan said results of 170,146 (representing 10.9  per cent) of the total number of candidates who sat the exam are being withheld in connection with various reported cases of exam malpractices and their cases are being investigated to determine if to eventually release or cancel.

While noting that a total of  1, 539 candidates with special needs, including visually (460) and hearing impaired(582) and 59 physically challenged, sat the exam, the WAEC boss also said that the results of candidates who were sponsored by the State governments that have yet to pay their exams fees in full would certainly not be released until they are fully paid.