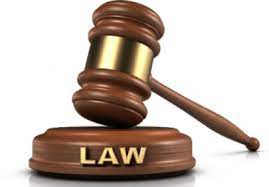 The National Drug  Law Enforcement Agency(NDLEA)   has pronounced an approval to detain the suspended Deputy Commissioner of Police, Abba Kyari, for 14 days.

Justice Zainab Abubakar of the Federal High Court in Abuja gave this approval on Tuesday while ruling in an ex-parte application argued by the NDLEA Counsel, Joseph Sunday.

According to Naija News, Sunday had requested that the court should grant  the NDLEA more time to detain Kyari on the ground that hard drug trafficking  allegations against  the suspect  were complex

The lawyer also added that the anti-narcotic agency may need to travel outside the country to investigate the matter and get some clarifications regarding the drug cartel working with Kyari.

To this effect, he, however, requested the court to grant the detention extension in the interest of justice and to be fair to the suspect through diligent investigation.

When ruling on the case, justice Abubakar granted the extension request made by the NDLEA  pending the outcome of its investigations into the cocaine trafficking allegations against the embattled police officer.

Also, she gave the order for the detention of Chibunna Patrick  Umeibe and Emeka Alphonsus for 14 days in the NDLEA facility in Abuja pending the investigation.

The presiding Judge, therefore, ruled that the suspended head of the Intelligence Response Team(IRT) be held in NDLEA custody for another 14 days pending investigations.

Justice Abubakar, however, ordered that the extension of Kyari ‘s detention should begin counting from February 22.