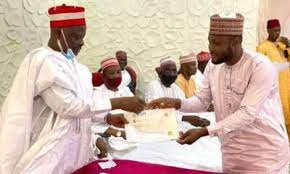 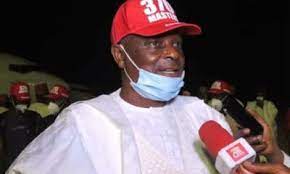 The former  Kano State Governor, Musa Kwankwaso, has conveyed a new political movement, The National Movement ((TNM, and was formally launched today ahead of the 2023 general elections.

The launch of the political movement was held at the Ladi Kwali Hall of the Sheraton  Hotel and Towers, Abuja. 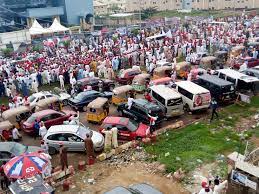 The former spokesperson of the People’s Democratic Party, Rufia Ahmed Alkali, who incidentally is the  National Secretary of the movement gave the hint earlier today in Abuja.

Alkali, in a letter of invitation to the launch of the movement, said the event would be historic.

‘’He said,’’ During the launch, the TMN will be formally presented to the general public and the convener of the movement will outline its aims and objectives and its principal purpose as well as inviting all patriotic  Nigerians at home and abroad to join the TNM in the overall interest of saving our country and redirecting her onto the path of safety, security peace and prosperity, equity and opportunity, in addition to qualitative and competent leadership that will engender rapid and sustainable development as well as being fair and just to all’’.

Although some prominent  Nigerians and politicians  have not announced  their membership of the movement, there are  speculations that the likes  of Pat Utomi and the immediate past Chairman  of the Independent National Electoral  Commission(INEC), Prof.  Attahiru  Jega are in line with the development

Recall that a few days ago, Kwankwaso stated that the PDP and APC  had nothing to offer Nigerians.