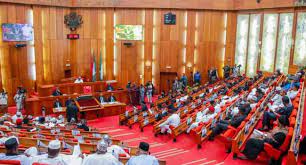 The Senate Committee on the review of the 1999 constitution will submit its report on Wednesday.

Senator  Ovie Omo –Agege, the Chairman  of the Committee stated this on Tuesday according to ‘This Day’

Omo-Agege, who is also the Deputy President of the Senate, made the announcement while presiding over the plenary owing to the absence of Senate President  Ahmad Lawan.

He, however, said Lawan would give further detail on the matter on Wednesday.

He added that the lawmakers would take the reports home on Wednesday and return on Tuesday, March 1, to vote on the amendments.