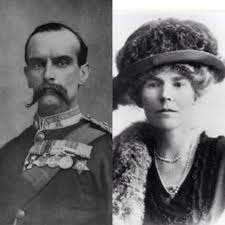 The recent events in our country have forced me to dive deep into the past history of this great country called Nigeria.

The Fulanis insurgency, the so-called Fulanisation agenda for Nigeria to take complete ownership of this nation and many threats other tribes have received in recent time, including the rising terrorism, banditry, and kidnapping allegedly being perpetrated by Fulani tribes under a seating political Fulanis administration, with the military, intelligence, security, law enforcement and judiciary under their controls triggered my desire to know more about the evolution of Fulanis, the history of their exploit in Nigeria, and to unravel the root of their claims of ownership of Nigeria. 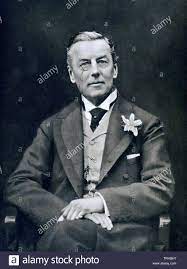 I must say sincerely the banning of Nigerian history education in our schools has fueled my suspicion on a great hidden attempt aimed at shielding  Nigerian Children from knowing the history of the evolution of their fatherland. Why should there be such a draconian policy against education in Nigeria? It’s an assault against our collective historical heritage.

There is this latest  Nigeria History book entitled: A Short History of Conquest and Rule’’-What Britain Did To Nigeria written by Max Siollun. The book was first published in 2021(yes this year) in the UK by C. Hurst & Co.  Publishers  LTD. Please get a copy of this book to help you unravel many mysteries about Nigerian history shrouded in secrecy and untaught in our schools, even during my own time in the 80s.

I will be sharing many of my findings in relation to the topic of this post.

Who are the Fulanis?

They are a group of immigrants that came to Hausaland from Mauritania and Senegal with different cultures and languages.

Who ‘s Usman Dan Fodio and his antecedent? 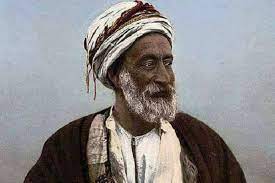 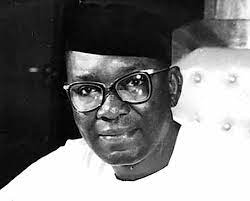 This man was an Islamic Cleric from the clan of Torobe Fulani. His ancestors migrated to the Hausa Town of Gobir from FUTA Toro in Senegal. His father’s name was Muhammad Fodio also an Islamic Cleric. Now the meaning of’ Dan Fodio’ is ‘’son of the learned’’.

The history has it that Bawa, the  Sarki of the Hausaland of Gobir hired  Dan Fodio as an Islamic teacher for his royal house and Hausa prince named Yunfa.

The Rise of Usman Dan Fodio and Sokoto  Caliphate

Then what suddenly happened?

Dan Fodio accused the Hausas of practicing idolatry and contaminating Islam with their animist rituals.

In 1804, Usman Dan Fodio declared a Jihad and invited his followers to establish Islam throughout Hausaland.

The man issued jihad directives with flags as symbols of authority from him to wage holy war.

Most, unfortunately, the jihad war set  Usman Dan Fodio against his own former student who’s now a king Yunfa in Hausaland.

And so, the entire Hausaland was defeated and converted into a huge confederation of the Islamic Emirates popularly known as the Sokoto Caliphate and became Africa’s largest pre-colonial State stretching far Western Mali and Eastern Cameroun. 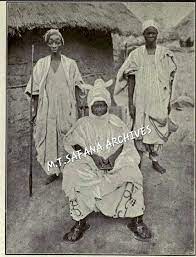 By the 1830s, the Caliphate had grown to almost 10million population and extended its conquered cities to non- Hausaland including part of Kanem –Borno  Empire, Jukun, Nupe, and Ilorin, a province of the then Oyo Empire.

The Usman Dan  Fodio advances into the South of then-unknown Nigeria was halted by the impenetrable dense forests of the South and the dangerous insects, most especially tsetse fly menaced against their horses.(if not, they would have conquered the entire South and West  by their aggression and  imposed Emirs as usual)

Now note carefully, the rapid success of Usman Dan Fodio inspired jihads in another part of Africa, Ironically, many other revolutions took place almost at the same time including French Revolution in 1799, Haitian revolution in 1804.

Usman Dan Fodio’s legacy and proclamations were an inspiration to the Fulanis Empire and Fulanis since the pre-colonial era till today in Nigeria.

It was alleged Usman Dan Fodiuo made a prophecy that the Caliphate would last for a century i.e 100 years. Whether that prophecy is true or not, in exactly  100years  after Usman  Dan Fodio declared  Jihad in Northern Nigeria in 1804, the British  Northern invasion led by  Lord Lugard and conquest of the Sokoto Caliphate and its Emirates effectively put an end to the Usman Dan Fodio old and original Sokoto Empire and regime conquest agenda.

The Britain conquest of Northern Nigeria is not based on any overriding commercial interest in the North but a pre-empty move to block their European rivals from gaining control of its Northern Protectorates. According to history, France and Germany have shown interest in the area and would have conquered if Britain had not made that move.

That agenda has been re-birthed severally since the demise of the original Caliphate, it has continued to shape their political agenda and aspiration before and after Nigeria’s independence.

But now, is there any historical validity that the whole of Nigeria belongs to Fulanis? Capital NO!

The last Amirul Mu’minin of the old Sokoto Caliphate, Sarkin Mohammadu Attahiru initially survived the war against the British and fled.

After the conquest of the Northern Region and the Seat of the Old Caliphate, on 21st March 1903, Lugard assembled Sokoto’s leading officials and released aloud a proclamation, which was interpreted in Hausa, verified word for word. He made it unmistakably clear that independent Fulani rule had ended. The excerpt below:

‘’The old treaties are dead, you have killed them. Now, these are the words which I, High  Commissioner,  have to say for the future. The  Fulani in old times under Dan Fodio conquered this country. They took the right to rule over it, to levy taxes, to depose kings, and to create kings. They in turn have by defeat lost their rule which has come into the hands of the British. All these things which I have said, the Fulani by conquest took the right to do now pass to the British. Every Sultan and Emir and the principal officers of State will be appointed by the High Commissioner throughout all this country’’.

The next day in a public ceremony, Lugard appointed another Attahiru II, son of a former  Sakin Musulmi, Aliyu Babba, who reigned from 1842 to 1859, as the new Sarkin to replace his fugitive namesake Mahammadu Attahiru I , who fled away. 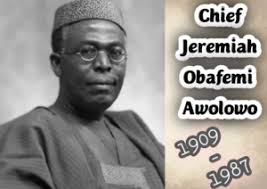 Lugard gave Attahiru II a letter of appointment that outlined his powers and made him swear an oath of allegiance to the British Crown. Thereafter, the British started referring to the new Sarkin Musulmi in English as ‘’Sultan of Sokoto’’.

Every Sultan since then knows very well their allegiance to Britain till today.

All the Sultans since then are fully aware of this Lugard proclamation and effective end to Usman Dan Fodio directive on conquest and occupational agenda.

What then happened to the run-away Attahiru – 1  and other leading members from the old Sokoto Caliphate, including Magaji of Keffi?

They were exterminated at the second battle of Burmi. The British Forces subdued and overthrown a century-old  Caliphate and the independence and powers of the Sokoto Caliphate ended within few days of fighting at Burmi.

However, the Attahiru1 son Mahammed  Bello with over 25,000 survivors fled to Sudan and established a Fulani settlement on the Blue Nile called Mai Wurno. Their descendants still reside there in Sudan today.

The  British installed generations of Sultans are the ones ruling and their political elites in present-day Nigeria. Perhaps, the generations of the disposed of leading members of the old Sokoto Caliphate are busy planning over several decades waging wars from outside Nigeria to take back what they claimed ‘’belong to them’’ and to continue and complete the Usman Dan Fodio occupational vision of the territories in Nigeria.

Who then are the real Founding fathers of Nigeria?

How did Nigeria come into existence?  You will be surprised they are not those figures we’re taught in the schools.

We are told Nigeria’s formation started in 1914. But when digging deep, the foundation framework and principles of our existence as a country started in 1898 when the British Prime Minister Lord Salisbury established a Niger Committee to advise him on the future administration of the conquered three territories. Guess who were the members? (It’s not Sultan Sokoto or Oyo Empire king and oooooh…! Or Awolowo, Sadauna, Tafawa Balewa, or Oga Zik were not born then …!!

It is very unfortunate this Niger Committee is not taught in the schools and even during my time as I said earlier in the 80s.

Who then are the members of this Niger Committee?  They included the following:

(Please read about Goldie’s leading role and real influence in the conquest and formation of the territories known as Nigeria today. There’s no nation called Nigeria without him.)

Please do your own research to find out about the recommendation of the Niger Committee. It’s mind-blowing!

The Committee did not care about who is who opinions in our ethnolinguistic territories.

We are taught mostly Lugard’s wife  Madam Flora Shaw invented the name Nigeria. This is not true!!

The madam only suggested the name Nigeria in a newspaper article published anonymously in the  ‘The Times’ on 8 January 1897. She only echoes the name which had been informally used for decades for territories and people in the River Niger area managed by Royal Niger Company. And guess what? That territory included  North-West, North-Central, and North-East of present-day Nigeria. No Fulani man, Sultan, or Emir had any contribution to the naming of that territory. She’s not the inventor of the name.

However, Sir Goldie also used that name in a paper delivered at the London Chamber of Commerce also entitled the Future of Nigeria’’ and spoke two Southern and Northern sections. He rejected the idea of naming territories after his name Goldesia due to his vast knowledge and influence on the territories.

Amazingly, the country was named Nigeria by the British Secretary of State for the Colonies  Joseph Chamberlain. Why? Because the name simply sounded better to him than other funny names suggested. Chamberlain’s handwritten note gave birth to the name of a new nation.  No Fulani leader or other tribes contributed to the naming.

By implications, the territories being contemplated by Usman  Dan Fodio and his Empire to be conquered have gone forever and disappeared into a new country called Nigeria.

The foundation of Nigeria has been fully paid for by a British man. And that man  who died in 1925 at the age of 79 and  father at least three children   from a Nigeria woman and many other women as well in Nigeria, and on whose  gravestone reads:

His Empire and Occupational agenda were effectively destroyed, and the old Sokoto Caliphate was replaced and renamed Sultanate by the British.

( Please note, huge credit must be given to the Author of the book earlier referenced at the opening of this post. While many of the historical references used in this post are drawn  from the book, the context based  on the topic of this post  is entirely mine, not that of the author( Once in LifeTime Know Your Real History, No Wonder History