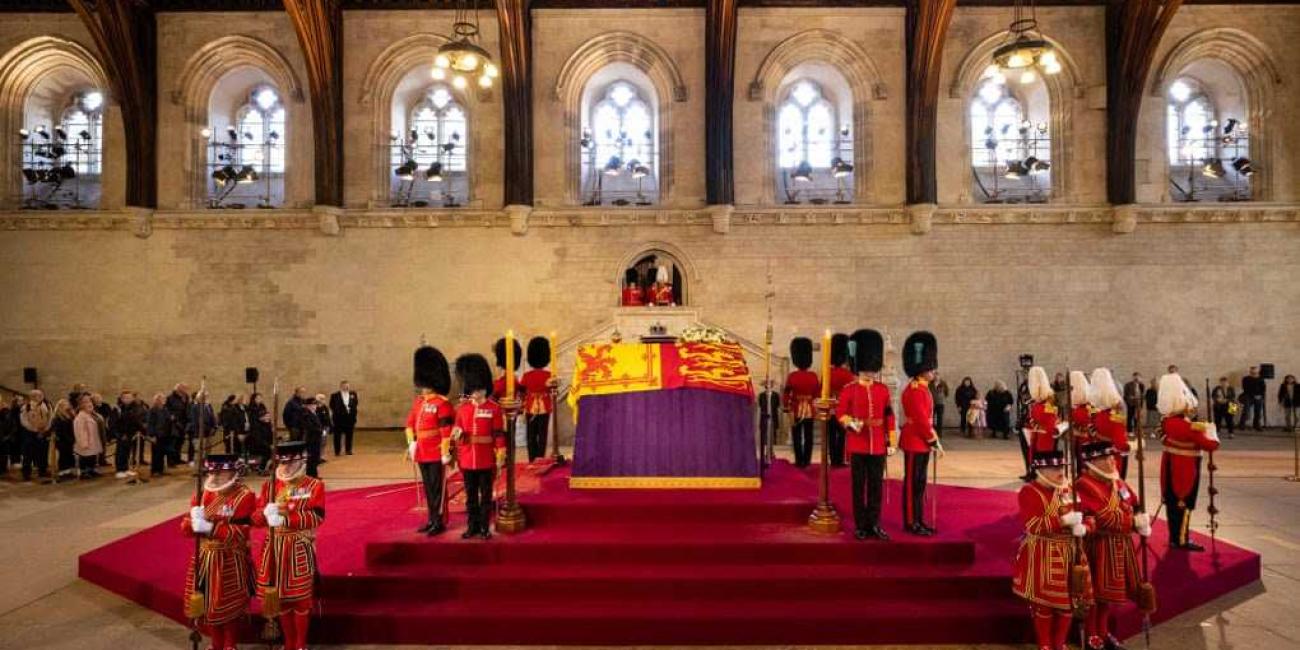 A  man  has been charged with a  Public  Order  Offence, after he allegedly  attempted  to grab  the Queen’s  Coffin.

Muhammed  Khan, 28, from  East London ,was charged  on Saturday  under the Public Order Act  for ‘ behaviour  intending to cause  alarm, harrassment or distress,” The UK Guardian reports.

There were reports of ”a  disturbance’ on Friday night  in Westminster  Hall, where  the Queen  was lying in State, and that  someone  was seen  running  up  the steps to the catafalque(a pall-covered  coffin -shaped structure structure  used  at requiem masses celebrated after burial ) and touching  the coffin.

The Metropolitan police were  said to have rushed  to detain the man just  before 10pm  on Friday , the second  full day  on which mourners  were able to pay their   respects  to the former Monarch.

This was some hours  after senior  Royals  held a vigil.

In a statement, the police  said a man had  been charged with  an offence  under  the Public Oder  Act .

At the time  of the  incident , broadcasters  the procession  of Mourners, cut away  from the scene  and instead  showed the view from outside  Parliament .

Khan will appear in custody at Westminster  Magistrate’s Court on Monday.