Teacher Murdered After Payment of Her Pension R2.7Million, Husband Fingered 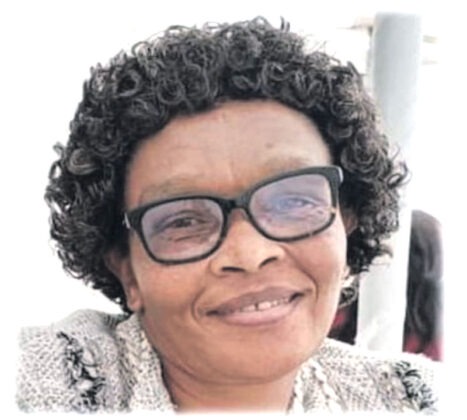 The corpse of  a missing  woman  was found  after  four days  she disappeared  last Monday . Her car was also found  abandoned  in a place  called Ingogo located in Newcastle.

According to the source, the family is pointing  finger  to her husband

Cynthia Mtshall  61,  from Abor Park in Newcastle, Kwazulu Natal ,took her pension  in her duties  as  a teacher on May 2022 and received  R.7million  having served at the Department  of Education from 1993 to 2022.

The source revealed  that Mrs Mtshali  didn’t  return home  after she went to deposit  church’s money  in a bank  as  the treasurer of her church.

A family member, who is also  the younger brother of the deceased, Sbongiseni  Mtshali told  the source that, on their confusion of the deceased whereabouts, they received a call  from the police  informing them  that the deceased car  was found  at Ngogo. He  added that, when  they go to the place the car was abandoned, they  found her cellphones but her bag was missing, thereby suspected  the husband of the deceased to have a hand in the death of the late teacher.

‘’ My sister was working at Nquthu  and she took her pension   of R2.7 million , but  the way my sister was broke , it was surprising . If I questioned  her about the money , she was telling me  that the money  is going to be available soon. She was just borrowing money  from me. I suspect  that her husband  took all  the money and go  as he is not  reachable  through  the phone  if we  try  to contact him, Sboniso said.

He went  on saying  the pastor  went  to check   his residence  but he  had vacated the house  and his neighbours told him that it has been over two  weeks  he was sighted  as he’s no longer living in the area.

Police Spokesperson  in  KwaZulu Natal, Constable  Thenjiswa  Ngcobo told  the source that the murder case  has been opened and police are working tirelessly to arrest the suspect.

KwaZulu Natal , Constable Thenjiswa Ngcobo told the source that the murder has been opened  and police are working  tirelessly  to arrest the suspect.