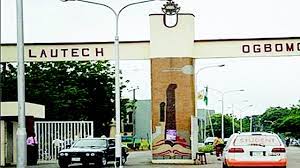 A lecturer at the Ladoke Akintola University of Science and Technology (LAUTECH), Mr Adewale Olasumboye, has accused the citadel of learning of mismanaging the  Tertiary Education Trust  Fund(TETFund)   meant for his postgraduate programme at Howard  University,  in the United States of America.

Olasumboye told FIJ  that LAUTECH’s management has also resorted to issuing threats and intimidating him after leaving him stranded in the United  States.

The lecturer also claimed that the management was doing everything it could to absolve itself of its financial responsibilities to him.

‘’I’m still an employee of the Ladoke Akintola University of Technology’’, Olasumboye said.

‘’I finished my PhD at Howard University. If everything had gone well and everybody had fulfilled their own part of the deal, I should have been back in Nigeria in 2018. But because things didn’t work out, I’m still outside the country’’.

According to Olasumboye, the TETFund  grant was  available  to specific scholars serving  in Nigerian Universities

‘’There are some conditions surrounding that fund.

First of all , you need to be an employee of either a federal or state university in Nigeria.

Your appointment must have been regularized also. In addition, you must have worked for the employer for about three years.

Olasumboye alleged that Simeon  Olatayo Jekayinfa, the director of academic planning at LAUTECH, tried to prevent him from receiving the grant.

He said Jekayinfa told him he was not qualified enough to be a beneficiary of the grant.

‘’Two States, Oyo and Osun, shared interests in LAUTECH because they both laid a claim to the university.

It seemed that natives from either state were in the cold war. There were also needless hostilities within the school. So, Oy staff members would always try not to favour Osun staff members and vice-versa,’’ Olasumboye said.

According to the lecturer, Adeniyi Sulaimon Gbadegesin, the Vice-Chancellor of LAUTECH, later told him he was qualified for the grant and encouraged him to proceed with his application.

Olasumboye said he started his PhD programme at Howard  University in 2o14, after LAUTECH approved N226,075,755,00 through TETFund, for his studies.

‘’The payments were made without compliance with  TETFund guidelines.

My tuition and living expenses were paid by the school into my salary account in naira. The school deducted  N97,138 from the fund without giving me any explanation,’’ he said.

‘’I incurred further losses while personally changing the money to dollars through Bureau de Change. Due to the delayed payments and loss of naira value at the time of payment by LAUTECH in 2016 and 2017, I had an extra semester and could not finish my programme in three years.

‘’As a result, I had to look for money out of budget and through alternate means, with a  strong refund commitment, in order to finish in December 2017. I also had to do that to prevent further        indebtedness to Howard.’’

The cost of living in Washington  DC made it nearly impossible for Olasumboye to survive on his own.  He told FIJ that he later turned to the US credit system for help.

‘’Taking credit meant that I had to repay loans before leaving the United States,’’ he said.

‘’I had to take loans to be able to foot my bills.  There were a couple of credit cards and a few people helped me too. If there was no system put in place to help me, I might have forfeited the programme at Howard. I might have been homeless and lived like a vagrant waiting to be deported’’.

At one point, Olasumboye said TETFund officials visited him and other scholars in Howard. He said he revealed his challenges to them.

In response, TETFund sent a letter to address the issue of ‘’stranded foreign scholars’’.

In the letter, the organization announced the suspension of grants, giving the numerous complaints it received from beneficiaries as the reason.

The lecturer said that despite a new administration and the appointment of a new Vice-Chancellor, the institution still did not change its disposition towards him.

‘’Leaving the US  without repaying my loans may be perceived as credit card fraud. I came to this country on a study visa after all,’’ he said.

Olasumboye told FIJ that LAUTECH has sued him in court for refusing to return to Nigeria.

A 2019 memorandum from LAUTECH’s registrar stated that the university would consider another tranche of TETFund grant to Olasumboye on the condition that he return to Nigeria.

LAUTECH wants  Olasumboye to return, but he must receive funds from TETFund to clear all credit incurred.

‘’The committee, while considering the case of Mr A.T. Olasumboye of the Department of Mechanical Engineering, resolved that in view of the new conciliatory position of Mr Olasumboye and the letter of apology from him, he should be considered for another tranche of TETFund grant to enable him to pay the outstanding school fees he claimed to owe the university where he did his PhD,’’ the memo read.

Olasumboye told FIJ that he has decided to bear the living expenses and tuition for the extra semester of fall 2017.

Nonetheless, he is also still asking for $79,324 from LAUTECH to offset the loss and credit loans the school made him incur.

He said, he would have to pay back the numerous credit card loans he is owing before he could return to work in Nigeria.