WHY YOUTHS SHOULD SHUN GAMBLING 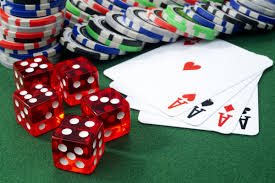 DEFINITIONS OF GAMBLING:
Gambling,stylishly called”gaming” according to Longman Dictionary of Contemporary English is”when people risk money or possessions on the result of something which is not certain,such as card game or a horse race”. Also,the Encyclopedic Edition of The New Lexicon Webster’s Dictionary of English Language says”To play a game for money,to take risks in the hope of  getting better results than by some safer means or to stake one’s money or hopes….”
Silver Leigh defines gambling as a scheme to escape labour but in reality,gambling is an evil  spirit that kills and destroys.”

Gambling has reached an alarming rate all over the world.It has caused a lot of woes to individuals,homes, and a large percentage of the youths.In Massachusetts,about 47% of the 7th graders and 3/4 of high school Seniors,have played the lottery.A Louisiana State University shows that Louisiana youngsters in juvenile detentions are roughly four times as likely to have a serious gambling  problem as their peers.2/2 of  the hardcore gamblers in detentions admitted stealing specifically to finance gambling.”Even where rules forbid gambling in schools, studies indicate as many as 8% of Teens are already hooked on gambling”. Betting also threatens the integrity of the Collegiate athletics. A national study by the University of Michigan  found 45% of male College football and basketball players admit to gambling on sports, despite rules explicitly prohibiting such acts”.

In Nigeria,there is no reliable or accurate data to the percentage  of gamblers but what can be established is that as late as 1960s, pools staking and Casino game otherwise known as “kalokalo”( derived  from the way the casino machine swallows the inserted coin have  been with us. The pools staking though fading away, yet pockets of adherents still patronise the hide and seek game of chance!

However, the one in vogue now is the ”Baba Ijebu”(name derived probably from the  patron’s home town), the mind -set is given as games of probability which most of  the time may end  in pains, sorrow and blood! Researches indicate that from every part of Nigeria,Lagos, Abuja, Enugu,Ijebu, Abeokuta and Kano to mention few, rate of gambling has doubled in recent times. There is also the betting on sports which is not only among the working class or sports fans but also among  the artisans and elites.Some people posited that unemployment or economic doldrums or frustration made and still making a lot pf people to go into gambling in order to make quick money. But the question is ,are they really making the money? The answer is rhetorical. Right from the time of pools staking in the 1960s,and till now,pools staking and betting have been thriving,not because there were no legitimate  jobs then to do, but the mind-set to getting rich quickly.If we can rightly surmise, the percentage of those who have made huge  money from these games of chance ,it will be as low as 2%. Laziness and wrong association have been adduced as part  of the reasons for gambling. Teenagers enticed to gambling may start  picking pockets at bus stops  or Malls to get money  in order to satisfy the lust  for money to gamble and when not satisfied lured into armed robbery or other vices.

GAMBLING AMONG YOUTHS IN BOARDING SCHOOLS/HOSTELS

The alarming rate  at which gambling has penetrated  the youths extends  also to our schools especially  students in the boarding houses/hostels -whether in the universities or colleges. Sometimes,some adults that have been exposed to gambling in the cities introduce ”the business”  to the young and innocent ones and they start the ”gaming” thing as a play or trivial thing until they gravitate to a big- time gambling using  big money , material things and the like in order to prove to their colleagues or mates that they are ”big” or ”civilized”. At times during gambling,the other party may be cheated ; argument may lead to confrontation and blood spilling.They do all these even when they are supposed to be reading their books or resting  most especially in the night time.

If by the definition earlier quoted above ,that gambling is a scheme to escape labour,the victims are drones not ready to do hard and legitimate work before making money..They are” the covetous,foolish and over-ambitious ones. What do they spend the money gained on? Majorly, they spend the ”gains” from gambling or betting on frivolous escapades. They spend the ”gains” on parties, booze,prostitutes,illicit drugs and what have you. Some adults get back home to beat and nag their wives having lost all their stakes. They refuse to shoulder their domestic responsibilities. Some even go as far as selling their ‘prized’ properties to gamble whenever they are broke or out of cash,yet they refuse to quit this monstrous game . Those in schools on the other hand, are jittery and not  doing serious study.They skip lectures to gamble, make some money(if ‘lucky’) and end up in narcotic jungles. By this acts, some have gone insane and dropped out of schools.Many of them have been stabbed by co-gamblers and have lost their precious lives in the process.

Thomas Jefferson said”Gambling corrupts our dispositions,and teaches us the  habit of hostility against mankind”. The great statesman,Benjamin Franklin said in’ Poor Richard’s Almanac’ concerning gambling-”Keep flax from fire, youth from gambling”. All these postulations from these great  men and widely traveled and experienced  public figures should not be waved off as inconsequential. They are much concerned about the extent of damage gambling had done, is doing and would still be doing if not curtailed
WAY FORWARD

1. Engage in Dignified Jobs-Youths can look for other menial jobs that will provide them with regular income on daily basis without  the permutation formula of the pools  staking and ”Baba Ijebu’s” creation. Youths should take their future seriously and disregard gambling as an alternative to escape labour.  Gambling should not be regarded as a legitimate profession.  Many people that took to  gambling in the past ended up in zero .They must believe that there is dignity in labour but not the cheap and undignified venture like gambling.

Parents should truly know their children’s intimate or casual friends,research into their backgrounds and be cautious of the money that flow into the hands of their teenagers. Teenagers should be taught  money management and living  within their means,no matter how meager it may be-contentment with Godliness is great gain.

The government  should not be complacent only on the gains from gambling operators that come in from taxation. She should  understand that the future of her youths is sine-qua-none to present and future developments. Of what use is a youth who supposed to be an inventor but abandons his highly prized ambition for gambling and eventually ends up in gaol or become a nuisance  and liability to the society? If possible,strict control, and close monitoring should be put in place to discourage children from going the way of gambling. Radio,TV jingles should make this a priority to discourage our youths from involving themselves in this wild games.The ministry of information,both at federal and state levels will help in this area. The National Orientation Agency should also be involved in the awareness campaigns.The newspapers and magazines  available should not relent in their efforts  to discouraging gambling in their write-ups.

A WORD FOR THE WISE

Investigations revealed that casino  machines are built to favour the operators.That about 80-90% of the winning numbers go to the  patron and the chance  to win is very slim.Yet,the attraction to make money is very high.No wonder we find even some public figures involving in gambling! Of recent a video clip  on the internet revealed one Nigeria popular musician in a gambling mood. What an irony of life and bad example to the youths! Gambling encourages laziness and violates God’s commandments. The foundation and attraction to it is excessive love of money.

By conclusion, George Washington frequently quoted the French proverb”Gambling is the child of (greed),the brother of iniquity and the father of mischief”.  Youths and adults should shun gambling and use their God given talents to better their lot.