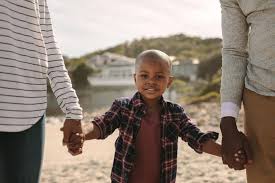 Elizabeth Hartley-Brewer and Cassandra Jardine have vital tips on being positive parents. The following are suggested panacea:

Show that you are in charge by setting rules and boundaries. Children should not be given adults responsibilities.

You have the benefit of past experience. Use it wisely to guide them.

Listen to their difficulties with non-judgmental ear. Appreciate that their problems,although they seem trivial to

you, can be very real to them. Help them work out solutions in a step-by-step way.

Show enthusiasm and celebrate their achievements, no matter how small and share their passion where you can.

Focus on efforts  rather than results. Although results are important, acknowledge efforts your child  has

made to improve or reach certain targets.

Boost their   self-belief and self confidence by reminding them that you are their  biggest fans,whatever they

Encourage them to pursue  their genuine ,legitimate and decent passion. When you don’t agree with them,you

only need to counsel them and show them the reason you don’t agree with them.

WHY YOUTHS SHOULD SHUN GAMBLING

No matter how busy  you are, try to observe the underlisted to remain healthy:

HOW TO TALK IN PUBLIC WITH NATIVE INTELLIGENCE

Lately, a question was put to FFK in Calabar by a journalist on who funds his touring sphere? His response was an outburst of anger, disdain vituperative words lased on the journalist, a reflection of his true self-that has become history.

Please find below a fine personality, a politician of repute who was in a similar situation as Fani Kayode and his response;

Former Governor of Oyo State, Ladoja was once asked an embarrassing question, more embarrassing than the question that exposed FFK’s ill-manners in Calabar.

QUESTION- Senator Ladoja, you look so dull, drab, unattractive, unintelligent, and without colour. Do you think a dullard like you can be a reasonable governor of Oyo State where sharper minds have tried unsuccessfully?

The whole hall went into mute session. The lateEgbon Bola Alphonso who was one of his campaign coordinators unconsciously uttered”Haa Ojo-Lanre”! For a minute, it was a graveyard eerie silence.

ANSWER-Senator Ladoja looked up, smiled and said,” Ojo-Lanre, thank you for your question. True, I am not a handsome man by my look, I don’t labour much before a lady fall for me.  You know my wives are cute. Check them out”. And if you think I am dull and unintelligent, Ojo-Lanre, you are correct but you will agree with me that Olivet High, Oyo is one of the best secondary schools in Nigeria with a strict form of admission to their schools particularly when you want to join them at class four. I was the first to be admitted to join class four because  I was so dull and unintelligent. And  also, my being an unintelligent fellow helped me to pass all my subjects with’A’S which forced the Federal Government to buffet me with a Federal Government Scholarship to Belgium to study Petroleum Engineering….” ”Also, I have used my unattractiveness to run intercontinental maritime companies successfully since I went into the private endeavour”…….deafening applause for a wise man.

I quickly ran to the computers department to supervise my pages.

Ladoja who toured the Tribune met me at the computer section, shook my hand and looked at my face and said:” Ojo-Lanre, I like the way you forced me to blow my trumpet. I respect your style”

And since that day, we have been friends.

Background Exposure, Being brought up properly, Mental Health, Native intelligence, proper education, values orientations, all matter in the affairs of men, Senator Ladoja is a great man. You can only give what you have.

The whirlwind of rape in Nigeria  is becoming alarming and unless something drastic is quickly done to nib the evil acts in the bud, we may be heading towards the state of nature which Thomas Hobbes, the 17th-century Philosopher famously described as ‘’ Solitary, nasty, brutish and short.’’ That was a situation where anybody could kill, maim, and rape without recourse to any law; thus Thomas called for the establishment of government to maintain law and order.

Rape happens globally regardless of colour, race, ethnicity, economic status, religion and culture. An African proverb says ‘If a crocodile can eat its own egg, what will it not do to the flesh of a frog’’. It is no longer a news to hear, read and see nowadays a father raping his 4 or 7-year-old daughter in his own house, on his own matrimonial bed!!

Rape has existed before now but not as rampant as it is being reported now. Perhaps it has now become novel because our society and government have not given the aggressive ‘war’ it deserves like the ‘’BOKO HARAM’’ insurgency we are currently wrestling with. Suffice it to recall cases of rape of recent: The Dangora serial rapist, who specializes in climbing the fence to rape his victims. He was alleged to have raped 40 women in one town within a year! Also, we have a 12-year old girl raped over two months ago in North-West of Jigawa state, Baraka Bello that was gang-raped and murdered in Ibadan South –West of Oyo State, the university Undergraduate- Uwavera Omozuwa allegedly raped and murdered in a church after her head was smatched with a fire extinguisher and a 17-year old girl who was gang-raped in the  South –West of Ekiti State just to mention a few.

UNICEF reported in 2015 that one of the four girls and one in 10 boys in Nigeria had experienced sexual violence before age 18. Over 31.4% of girls said their first sexual encounter had been raped or forced sex of some kind. Similarly, the Centre for Environment, Human Rights and Development reported that 1200 girls had been raped in 2012 in Rivers, a coastal state in South-Eastern Nigeria. We should go beyond the myth of rape that it’s because of indecent dressing, late nights and the like that make people rape innocent girls/women. Any reasonable human being should not think of rape. It is only people with a mental weakness that are found raping innocent girls. It shows a lack of confidence in a man or inferiority complex or deliberate wickedness or jealousy. Men are meant to defend women because they are symbols of motherhood. They are to be handled with all modesty just as we do for our parents.

EVIL EFFECTS OF RAPE ON THE VICTIMS

4. It may lead to death or deformity

WATCH FOR SIGNS THAT MAY LEAD TO RAPE AND WHAT TO DO:

1. You owe it to yourself and future as a young girl or woman to stay away from an uncle, neighbours or friend,( no matter how intimate with you)  trying to touch, or hold sensitive parts of your body, such as breasts, buttocks or genitals, saying he’s just playing with you. As a boy, you should also look out for these signs because ‘sick’ men and women these days use these signs to test the waters.

The following suggested panacea will minimize drastically the problem of rape:

2. Quick dispensation of justice should be paramount in rape cases (at most within 4 months of prosecution and conviction)

7. Victims of rape or their Parents should visit NAPTIP   who will help to advise and possibly facilitate the case with the appropriate authority.

Victims of rape should stop seeing themselves as worthless or hopeless because they have been defiled. The person who is really worthless and hopeless is the person who defiled them and once the victim of rape does not keep quiet, sooner or later, the perpetrator of the evil act will face the wrath of the law.