Why The World Must Focus more on Biodiversity for Sustainable Development 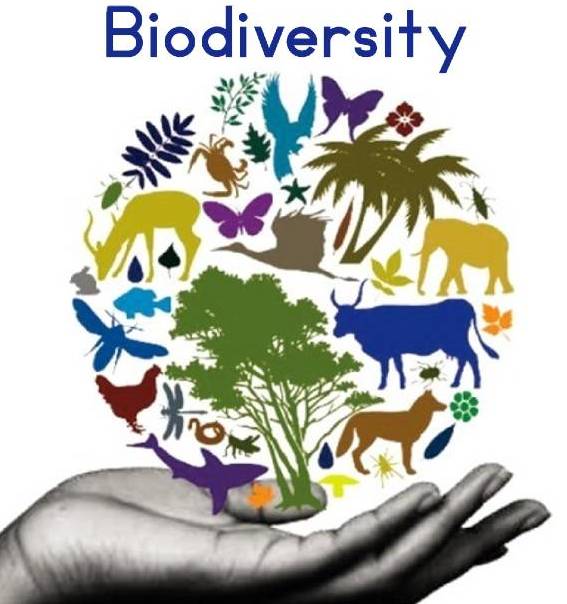 Biodiversity  is a phenomenon that many people  don’t talk much about  or value as such because they feel  it’s not as important  as our lives as human beings.

This is a wrong assumption or notion because biodiversity is all of the earth’s plants, animals, ecosystems and genes.

This include  the tallest trees, the smallest insect  and the most deadly  coral reef ecosystem. 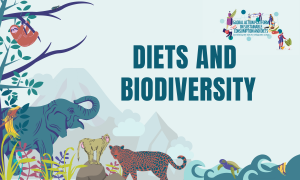 In a nutshell, biodiversity  is what  allows or make the earth  and all its creatures to adapt  and survive.

In the opening , I mentioned  that many people do not  value  or recognize  this phenomenon  of biodiversity probably  because of  ignorance. Ignorance   to fail to realize that as humans we are   sorely  dependent on  biodiversity  for survival. Despite, we destroy  a large percentage  of our natural  world!

In our environment , knowingly or otherwise,  on daily basis , we destroy  other forms of life , sometimes causing  extinction  of entire  species. However,we have the power  to change  the narrative individually and  collectively;we can re-orientate  ourselves  to act  t protect  our biodiversity  and help to create a sustainable  future for life  or planet earth.

IS BIODIVERSITY   AT RISK OR DANGER?

The  answer is rhetorical whether  biodiversity is at risk or danger, We are losing  biodiversity at alarming rate ! Many of these  are disappearing  everyday  and may not  be replaced  if prompt caution is  not taken.

In his book’’HERCOLUBUS’’ or ‘’RED PLANET’’, V.M. Raboli  writes,’’There are large  very deep  cracks  along the seabed,which already making contact with the fire  within the earth’’.

‘’This  is happening  precisely  because  of nuclear  test  that scientists and  powers-(they believe  themselves   to be powers), are carrying out’’.

He goes further,’’They do not measure   the  consequences  of the atrocities  they have  committed against  the planet and against humanity’’.

Why is this so?The fire within the earth according to Rabolu , has already  started to make  contact with the water  and cyclones  have started to appear.

North Americans call it’The El  Nino Phenomenon. It is not  ‘El Nino’ it is the  contact  between  the fire within the Earth  and the water, and  this is spreading  in the ocean. 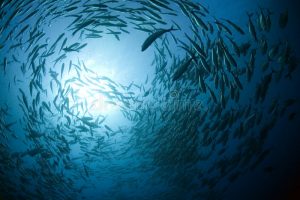 As cracks  develop, tidal waves, earthquakes and frightening occurrences in water  and on  land will  take place. There will  not be a single coastal  town  that will not  be devastated….’’

According to Rabolu, there are already  monsters-wild beasts – on the sea beds,which  have  been feeding  on nuclear energy. The increase  in temperature of the water will make them come out and seek refuge  because they are no longer safe  in their habitats.

Land,  sea, environments pollution ,coupled with  over-exploitation of mineral resources  cause destruction  and degradation of land and water  ecosystems.

Also,  mass scale clearing , over harvesting  and burning of forests for agriculture , mining and development are enemies to biodiversity.

Invasive species are organism   that successfully establish themselves  in native ecosystems and then take over. They are  usually  transported to new  areas by humans.   Often  invasive  species  kill off species  of plants  or animals that are native  to the area. This process, together  with habitat destruction  have  been a major  cause of  extinction of native  species all over the world for many decades. Ecosystem can also bring great aesthetic loss.

Excessive exploitation  also contributes to adverse effect  on biodiversity. This includes  over-fishing and hunting of games(animals)

Fish  populations the world over, are beong  depleted , illegal  hunting and poaching  to satisfy  the demand for animal products are threats to biodiversity.

It is however interesting to note  that one hundred  and forty-six(146) countries have signed  the convention  on International  Trade  in Endangered  Species of Wild  Fauna and  Flora(CIES),which aims  at ensuring   protection  of endangered species.

However, international trade in endsangered  species contiunues  to be a major  threat  to wildlife all over the world.

Biodiversity loss affects a country’s  economic system and human society. Human  beings rely  on various  plants, animals, and other organisms for food , building materials, medicines and their availability  commodities  are important to  many cultures.

Therefore, the loss of  biodiversity , among  these critical natural resources, threaten global food  security  and the development  of new  pharmaceuticals to deal  with future  diseases..

Burning of fossil fuels causes pollution and global warming both  of which put  biodiversity  at risk.

Surprisingly , Scientists  have predicted that global warming  will worsen  in the coming decades, causing  big changes  in our global climate system.

It should be noted  that as of today, climate change  is already affecting people, plants and anim,als around the world.

Half of  the volume  of Europe’s Alpine glaciers has been lost  since 1850 , and the United States of America’s (USA) Government predicts that all glaciers  in Montana’s Glaciers National Park  will be lost !

Orthodox and Traditional medicines  can be derived  from the chemical  in rare  plants and animals; therefore, lost species indicates a big loss  of opportunities to treat and cure diseases.

For instance, scientists  have proved that  several species  of Fungi found on hairs of three-toed sloths, produce  medicines effective  against  parasites that  cause malaria(plasmodium falciparum) and as well other plants to treat and cure  human breast cancer.

The wholesale loss of populations also increases the risks that a particular specie will become extinct!!!

To  address the challenge of biodiversity, we need  to look directly  to the conservation challenges posed by some underlying drivers.

Conservation biologists believe  that these problems  could be overcome  using combined efforts  of  Public Policy and Economic Solutions assisted  by consisted  monitoring  and public enlightenment(education).

This can  be in form of symposia, radio kingles, television adverts, short drama, town hall meetings and many other strategies  to sensitize  people at the grassroots and urban dwellers.

Governments, non-governmental organizations and the scientific communities must  have a symbiotic relationship to create incentives  to preserve natural habitats and protect  the species  within them  from unwarranted harvesting..

The unwholesome  behaviours that contribute  to habitat  loss and degradation –eg. Falling of  trees unnecessarily, unsupervised mining activities must be considered  when creating new farmland and human living spaces.

Government must enact laws that prevent poaching (illegal catch or shoot animals, birds or fish , especially  private lands without permission) and indiscriminate  trade  in wildlife  must be checked and improved.

Also, shipping   materials at ports must be inspected for stow-away organism just as it is done for passengers on board.

Nonetheless, developing  and implementing  solutions for  each of these causes  of biodiversity  loss will relieve  the pressure  on species  and ecosystem  in their own  way , but  to prevent  continued biodiversity loss is to  protect  the remaining species  from over  hunting  of games(animals, birds..) and over fishing  and stop nuclear tests  in the ocean, in order to keep  their habitats and the ecosystems they rely on intact.