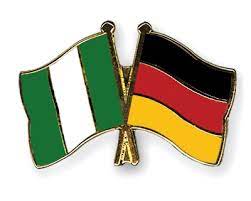 To boost its efforts in tackling the problem of illegal labour migration in the country, the Federal Government(FG) has appealed for the support of the German government.

This was revealed in a press statement signed by the Ministry’s Deputy Director, Press, Charles Akpan, and made available to journalists.

the Minister of  Labour and Employment, Senator  Chris Ngige, made this appeal in Lagos while commissioning the Nigerian-German Centre for Jobs, Migration and  Reintegration(NGC),  the newly upgraded  National Electronic  Labour Exchange (NELEX) Centres and offices of the Zonal Director and State Labour Controller.

Ngige, the statement said, noted that aside from the three existing Migrant Resource  Centres in Lagos, Benin and the Federal Capital  Territory (FCT) Abuja, more centres are needed in the six geo-political zones of the country.

‘’The Minister acknowledged the continuous support of the German government to Nigeria, thanking especially the German Development  Cooperation (GIZ) for establishing the NGC in collaboration with the Federal Ministry of  Labour and Employment.

‘’He recalled  that the NGC was established  within  the framework  of the partnership  agreement signed by  his Ministry and GIZ on November 22, 2017, under the Global Programme , Migration for Development  for Development (PMD)

According to him, the partnership was in recognition of the need to promote employment, enhance the potentials of international labour migration and strengthen the institutional capacity of his Ministry, to effectively manage organized labour migration in development-oriented ways.

‘’He added that the collaboration was equally geared towards providing support for the return  and reintegration  of migrants , awreness creation  on the risk of illegal  migration  as well as offering  advice and providing information  on regular pathways of migration  to Germany, among others.’’.