There is Something Between the Commander-in -Chief and the Bandits hidden to us-Rtrd. Captain Babangida Aliyu 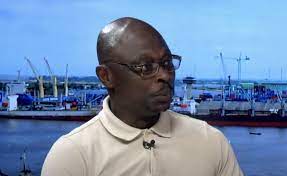 Captain Umar Babangida Aliyu, a retired  Military officer has made a weighty pronouncement on the serious insecurity plaguing Northern Nigeria.

Speaking on Arise Television on Thursday, Capt. Aliyu expressed sadness at the current state of the country’s security apparatus.

He explained that the Bandits are not Muslims as widely believed adding that there was ‘something’ between them and President Muhammadu Buhari.

‘’There is something between them and the Commander-in-Chief which he is not telling us’’.

‘’Whatever is between them and Mr. President is only known to God’’.

‘’There is a conspiracy of silence. There is a time that I said here that my President seems aloof about these things, it’s very odd.

Remotely related as we are to victims, we tend to get the shivers when these things happen, it’s not showing  in the commander-in-chief’’, he said