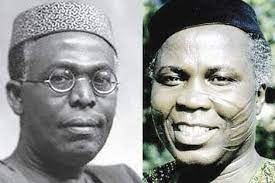 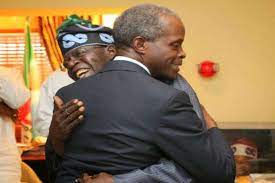 An acclaimed visionary leader, tested and trusted by his people. He had built several people into positions of influence. As a  protégé that he brought to the limelight.

The protégée, a teacher, a pastor, and a seasoned layer. The layer protegee had helped the leader in the administration of his tenure. A very capable hand indeed. Also a great orator.

When the leader had an opportunity, he put forward his protégée for the second most important position in his land. The layer protégée took up the position.

Politics happened. The leader wants a position, the protégée also wants the position.  The leader has one ideology. Foot soldiers on both sides egging the leader and his protégée on. Discrediting one another, forgetting that they are brothers from the same zone.

One with Federal Might, the other, with grassroots support. Both sides are being played by external factors.

‘’After all, I have done for my protégée, he ought to accord me respect and listen to me’’, the leader thought to himself in his private moments.

‘’I have been loyal enough, and I deserve to retain this exalted position for myself’’, the layer protégée soliloquized.

The die is cast. A crack is created.

With the unrelenting supporters of both men, the crack became a schism. With the latching in of people of other ethnicities, the schism became a chasm.

Yoruba land becomes the epicenter of a political war between two brothers that were once confidants.

No, I write not about those you think. I write about the great leader, Obafemi Jeremiah  Awolowo; and his protege-the teacher, the pastor, and a cerebral lawyer, Ladoke Samuel Akintola.

These issues happened exactly sixty years ago in 1962.

That fight ended the glorious years of Yoruba people being the ones ahead of other ethnicities.

In contemporary Nigeria, the golden years of the Yoruba people were between 1952 and 1959. Over the years Awolowo was the premier of Western Nigeria.

By the time the brouhaha settled in 1966, Akintola’s daughter had been killed. Awolowo was sent to jail. Many houses burnt, and a coup took the life of Ladoke Akintola.

The visionary leader never got there till he died. The Cerebral protégée died trying not to leave there.

We lost our regional leadership and even lost the regional governance. All because a visionary leader and a brilliant protégée didn’t sit to reconcile themselves.

Both sought alliance with others, but couldn’t achieve an alliance between themselves.

Would the South-West lose again?

May afflictions not rise a second time.

In line with the music of Hubert Ogunde that he released 60 years ago and was banned, I repeat….

Birds do not just  perch on the roof for nothing