SOMETHING DEEP AND BINDING -God-Created mankind in his Own Image(GENESIS1:27) 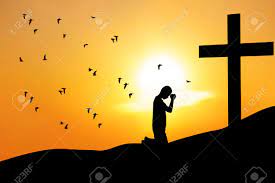 Amina, an Iraqi immigrant, and Joseph, an American by birth, attended a political protest on opposite sides. We’ve been taught to believe that those who are separated by ethnicity and politics carry unbridled animosity toward each other.

However, when a small mob accosted  Joseph, trying to set his shirt on fire, Amina rushed to his defense. ‘’I don’t think  we  could be any further apart as people,’’ Joseph  told a reporter, ‘’and yet, it was  just kinda like this common ‘that’s not OK’ moment.’’ Something deeper than politics knit Amina and Joseph together.

Though we often have genuine disagreements with one another, substantial differences we often can’t ignore-there are far deeper realities that bind us together.

We are all created by God and bound together in one beloved human family. God has created each of us –regardless of gender, social class, ethnic identity, or political persuasion-‘’in his own image’’(GENESIS)1: 27).

Whatever else might be true, God is reflected in both you and me. Further, He’s given us a shared purpose to ‘’fill ‘’ and ‘’rule’’ God’s world with wisdom and care(V.28).

Whenever we forget how we’re bound together in God, we do damage to ourselves and others. But whenever we come together in His grace and truth, we participate in His desire to make a good and flourishing world.

Ponder on this: Who seems to be completely different from you?

What would it be like to spend the time with them, sharing what you have in common?

Prayer: God, the way the world is right now, it’s hard to believe that because of You, every person shares something deep inside.

Help me  see this truth in Jesus’ name, Amen

Culled from Our Daily Bread