RESCUE NIGERIA PROJECT(RNP): Our Target is having Right Persons During 2023 General Elections-Pat Utomi 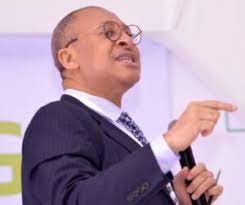 Renowned political Economist and politician, Professor Pat Utomi on  Thursday debunked reports that he and others involved in the Rescue Nigeria Project(RNP) are set to unveil a new political party.

Although he confirmed that the target is having the right persons emerge victorious during the 2923  general elections. Utomi clarified that their strategy may not involve forming a new political party.

Recall that prominent  Nigerians formed the  Rescue Nigeria Project(PNP) to give Nigerians an alternative platform to the All Progressives Congress, APC, and the People’s Democratic Party, PDP.

Not long after, some sources claimed that the newly formed political  structure has concluded plans to unveil  a new

The source claimed that the PRP, ADC, Labour Party will form the nucleus of the new movement which will transform into a mega political party.

However, in a reaction on the sidelines of a Press conference announcing winners of the Year 2020 Zik prices in Leadership Awards, Professor Utomi said their focus is not about forming a new political party.

According to Utomi, ‘’the group will work more on ensuring competent people are able to find their way into political offices regardless of the political party platform to which they belong.

‘’No, I don’t think it is going to be a political party. We need to gather some of these movements moving towards a better society’’, Utomi said.