We Regret Not Supporting Jonathan in 2015: Northern Elders 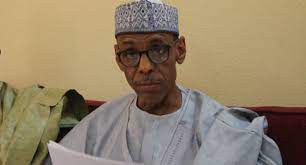 The Northern Elders Forum on Wednesday, said it regretted backing then candidate  Muhammadu Buhari in the 2015 presidential election, instead of the then incumbent Goodluck Jonathan.

According to the Northern Elders Forum, Buhari had since succeeded Jonathan, but let down a majority of Nigerians who trusted in his leadership before the 2015 polls.EEF’s Director of  Publicity and Advocacy, Dr. Hakeem  Baba –Ahmed, said the forum wants the country’s next president to be one who would act in the ‘’opposite direction’’ of the incumbent. 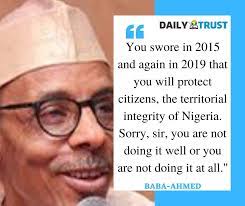 Baba-Ahmed, whose group called for Buhari’s resignation in December 2020, spoke on Arise TV’S ‘’The Morning Show’’ breakfast programme monitored by the Nation.

‘’We raised huge expectations, we told people, , ‘Get rid of Jonathan, put Buhari there, he would fix corruption, he would fix insecurity, he would fix the economy, but look at where we are now?

‘’how can anybody say they are happy with the record of President Buhari? Eve the people very close to him would tell you that they wished he could have done much better and he hasn’t.

‘’So, what we need to do  now is to get ready to elect another  President who would go  in the opposite direction, a President who has  a vision and a clear idea  of what governance involves rather than just being  a President.’’

‘’So, I am disappointed  and that is why today, I am actively involved in trying  to see that a new leader emerges in getting Nigerians a new lease of life.’’

Jonathan, a former governor of  Bayelsa State, was vice-President between 2007 and 2010 and became the president, following the death of the then President, Umaru, Musa Yar-Adua in 2010

Jonathan contested in the 2011 presidential elections and won but failed in his bid to get re-elected four years later, losing to Buhari.

Base on the clamour  for a power shift to the South, Jonathan, who is at present  Buhari’s Special Envoy  to the Economic Community of West African States(ECOWAS) is being wooed by some politicians with an eye on the 2023 elections

The National Secretary of the party’s Caretaker and Extra-ordinary convention Planning Committee, John Akpanudoedeche, confirmed Jonathan’s constitutional eligibility recently when he said ‘’the president would get an opportunity to contest the 2023 presidency on the party’s platform if he decides to join the APC.

Baba-Ahmed, however, urged Southern governors not to negatively politicize the 2023 presidency, advising instead that they should instead negotiate as the North had lived under Southern  Presidents- Olusegun Obasanjo and Jonathan since  Nigeria’s return to democratic rule in 1999.

He said we have live under Southern presidents because we recognized that  Nigeria is made up of sections, ethnic groups, and interests. We recognized that we are Northerners, pluralism is our DNA; we accept that we live with it.

‘’Don’t make the issue of the presidency a matter over which Nigerians would fight and threaten the country and the democratic process that is very dangerous for this country’’.

The NEF  Spokesman insisted that what Nigeria needs is a president who realizes the need to rebuild the country, secure Nigerians, and check the downward trajectory of the country’s economy.

‘’The nation needs a leader that would do things that President Buhari hasn’t done, create inclusiveness, address resentment and frustration in other parts of the country and the north and speak and act for everybody’’, he said.

Nonetheless, he wrote off both the ruling APC and the leading opposition party, the PDP, saying they had no answer to what Nigerians want in a candidate in 2023’’.

According to him, ‘’smaller parties’’ might have the answer and should be allowed to field candidates with the character and capacity to lead Nigeria Nigeria from all its current travails.

One thought on “We Regret Not Supporting Jonathan in 2015: Northern Elders”