QUOTES FROM ‘NIGERIA LEADERS ‘ NOT TO BE FORGOTTEN IN A HURRY 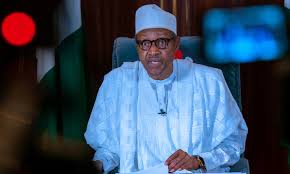 QUOTES FROM’ NIGERIA LEADERS’ NOT TO BE FORGOTTEN IN A HURRY

Nigeria leaders are known for sweet talks and boast when they are aspiring to positions in governments or when in governments just to win the hearts or votes of the poor and downtrodden that voted them into positions of authority.

I guessed they are in love with the application of law 45 in the ‘’LAWS OF POWER’’ by Robert Greene-‘’Preach the Need for change, but never reform too much at once’’.

The following quotations are from our leaders in Nigeria at one time or the other which should serve as a lesson for the electorates when elections shall be held in 2023.

Perusing the above we would see that not only have these ‘’prophesies’’ not come to pass, but the nation Nigeria is no longer safe to live in. People are killed unceremoniously, innocent girls are raped, our leaders still go for a medical checkup with taxpayers money overseas, Nigerian Airways is still not functional, epileptic power supply has rendered many businesses comatose and those still thriving are paying through the nose to power their business concern through the solar energy or diesel!

So, Nigerian Leaders, be careful of what you say when aspiring or in a position of authority. What you say today, will outlive you.