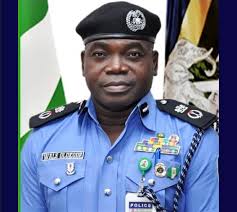 The Commissioner of Police, Osun State Command, CP Olawale Olokode, PSC in his frantic efforts and the support from other security outfits have secured the release of the two abductees, the driver and one commuter, reportedly missing /kidnapped along Ibadan/Akure road on 6th March 2021.

The victims were released in the early hours of today, 9th March 2021 owing to the pressure mounted on the abductors by the police and other security agencies. No money was paid.

The Commissioner of Police appeals to the good citizens of the state to collaborate with the police tp get rid of all criminal elements from the state while assuring the members of the public/commuters of their safety as security measures have been put in place to forestall future occurrence.

For: Commissioner of Police