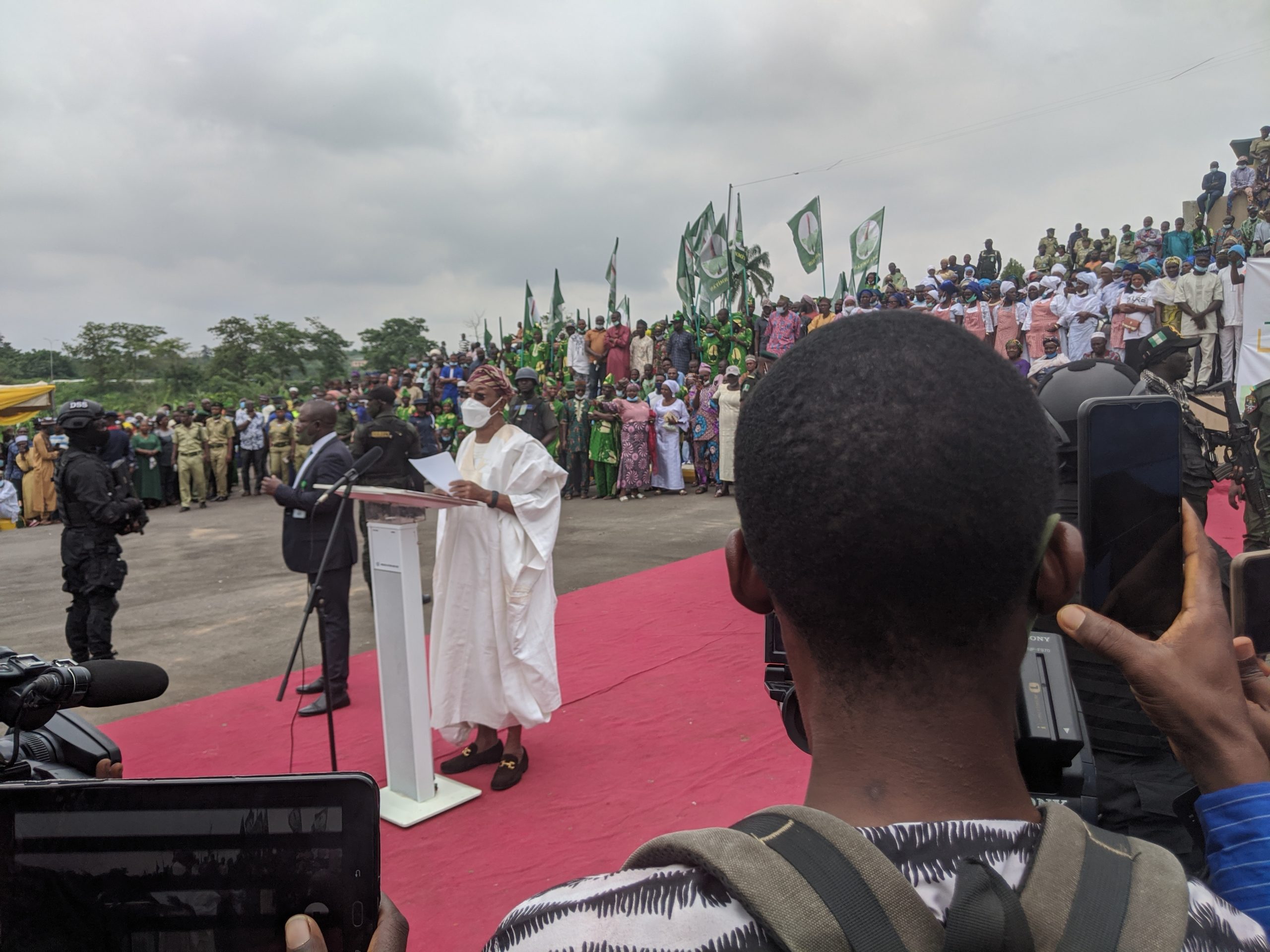 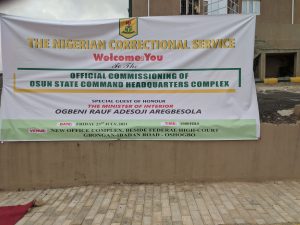 An epoch-making event took place on Friday 23rd July 2021, as the former Governor of Osun State, now the Honourable Minister of the Interior, Ogbeni Aregbesola Rauf commissioned the new office  Complex of Osun StateCommand Headquarters of the Correctional Service, along Gbogan/Ibadan road beside the Federal High Court, Osogbo.

While awaiting the arrival of the Special Guest of Honour, some of the invited personalities took time in turn to dish out their goodwill messages. 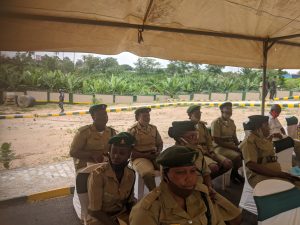 The Speaker of the House of Assembly, Honourable Timothy Owoeye, eulogized  Aregbesola for his laudable efforts when he was the Osun State Governor and now as the Minister of Interior for making the Complex a reality.

According to Owoeye, ‘’ One thing that cannot be taken away from you(Aregbesola)  is your love for Osun State’’. Honourable Owoeye urged the officers and men of the command to imbibe maintenance culture as key to maintain the beautiful edifice.

In his impressive  Special Remarks, after observing all protocols of personalities at the event, congratulated Osun State for the official commissioning of the complex, began by saying that’’ One of the gaps the President Muhammadu Buhari’s administration has had to grapple with since inauguration is the infrastructural deficit in virtually every area of our Nation and National Development’’.

‘’ This is no less evident in the Nigerian Correctional Service with a lot of the buildings becoming old, weak and dilapidated.’’ ‘’The atmosphere around and in offices discouraging and appalling’’. 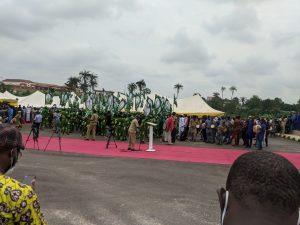 In his words,’’ A befitting and conducive workplace is motivating and inspiring ‘’. The human spirit recognizes and appreciates whatever encourages it.’’

‘’ I join the Officers and men of the Correctional Service in appreciating the detail of this beautiful edifice and the collection of this thought enhance facilities to boost their dignity and moral’’. It is my hope that this effort will translate into a higher commitment to the service, high productivity by the Officers and men of the Service. For, to whom much is given, much is expected,’’ he added

Aregbesola could not hide his joy at the occasion when he said,’’ I was the one that approved the Certificate of Occupancy of this site while I was the governor of Osun State but did not know that I will be the one to commission the project ‘’. 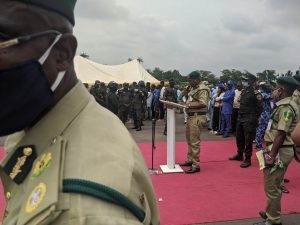