ON THE MARCH AGAIN- JUST BEFORE YOU CAST YOUR VOTES 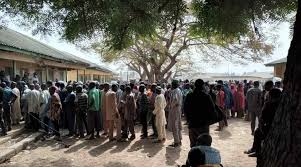 ‘’Do not be afraid of the Past. If people  tell you that it is irrevocable, do not believe them’’-OSCAR  WILDE

We are all victims of Nigeria’s crisis of governance,  with the albatross on our necks, and living with its symptoms of failed schools, failed hospitals, failed roads,  failed security, the gim crack power supply, Boko Haram, ISWAP invasions, kidnapping, cattle rustling and Banditry, scanty or non-available opportunities for the youths; the wide lacuna between the rich and the poor and worst of all, the loss of confidence in Nigeria by Nigerians, even as we are on the March AGAIN to elect our leaders in the coming  July 16 election in Osun State and the 2023 General elections.

Is the Nigeria project really working?  Has it totally failed?

To use the words of Bayo Onanuga, ‘’I will liken the fate of Nigeria to a failed road. When we say a road has failed, we do not mean that the entire stretch has collapsed’’.

‘’The fabrics of Nigeria is what has been depreciating and better engineers are required to rigid the fabrics’’. 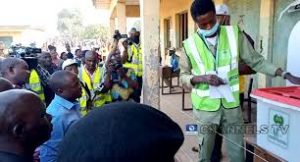 Maybe at a time like this, the salient question has come out of your mouth, or you are pondering on it right now-Why was  I  born in Nigeria? 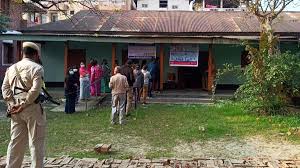 John Salk says the answers to a problem pre-exists. We need to ask the right questions to reveal the answers’’, he concluded. 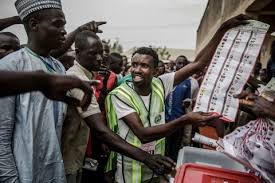 Are we not aware that we have lost the value system in Nigeria? If not, why would a toddler of 12, or 14 years old capture human beings(even their mothers /fathers)  for rituals with a view to getting rich quickly?

What has happened to the good parenting of old? Is there no longer dignity in labour? Where are our leaders; oh, sorry, lest I forget, our slave masters? Is there no one left that is patriotic with the right mindset to salvage this richly endowed nation without thinking of oppressing his people?  Where are the people who want real positive change, who will not pervert justice, loot the treasury and bolt out on self-exile?

Do these cheaters who call themselves leaders have the right purpose of being in governance?

People say, purpose is the key to fulfillment and Myles Munroe added, ‘’where the purpose is not known, abuse is inevitable’’.

Complaints will not solve our multifaceted problems in Nigeria. Perhaps it’s the right question we should ask ourselves instead of our complaints.

An  African –American, George Washington  Carver was faced with a product that could not be sold in the American market. This product was just grown for the sake of the soil;  so, he decided to ask the question: ‘’My Creator, why did you  make the peanut’’?

With this simple question, God gave him the answer and the answer given led him to discover  300 marketable products derived from the peanut! Now, we have peanut butter and many others.

Have you and I ever thought of the reasons why we are  Nigerians? What would I do differently if the future of  Nigeria was dependent on me?  You and I were born in Nigeria because of a time like this.

To those aspiring to be elected to the exalted positions of President, Governor, Senator, etc in the country, you should ask the right question-‘’My Creator, My God, Why in the world did you create  Nigeria and Nigerians? Why Am I  aspiring to become the President, Governor, or Senator? Is it for the sake of the acquisition of the nomenclature of ‘’The ‘Presido’, the Gov, Honourable Senator with a retinue of escorts accompany you on your trips across the States with the siren deafening the ears of those who gave you their votes?

Or, you are aspiring to positions of authority because of the first-class plane and allowances to be derived from it; pretending to be pursuing bilateral relations which may later aggravate inflation on the economy.?

For us the electorates, we have a big task to build this nation, Nigeria. The franchise is a fundamental human right of any citizen to vote and be voted for at any election.

The Nigeria  Constitution stipulates  18 –years of age for those who are eligible to vote. Therefore, we should make voting during elections a sine-qua-non in order to discontinue zombiism and mediocrity in governance. ‘’A  people that elect corrupt politicians, imposters, thieves, and traitors are  NOT Victims, but Accomplices’’- George Orwell.

WHO ARE YOU TO VOTE FOR?

Nigeria is on the March Again.  It has never happened in the history of this country for,  as many as 21 or more people putting- in their applications to vie for the number one slot,  the Presidency, of this once highly revered country; the most populous among the black race.

What is really wrong with us as a people? What is your mindset as an aspirant to one political office or the other?  Why do you and I want to vote for candidates A or B or C as an electorate? Some of us (whether educated or half-literate, poor or rich)  don’t think of the consequences of our actions especially when it comes to voting  – for a candidate during elections.

When you are induced with money or material things to vote for candidate A, B, or C, the resultant effect is very glaring in our nation today where we have superlative hunger, aggressive insecurity, and pogrom everywhere!

We need to search for the antecedents of those we want to vote into any sensitive position. Don’t vote because he’s your uncle, cousin, or tribal mate.

Don’t vote for liars; don’t vote- for those who will look away when the nation is burning but only specialists at making empty pronouncements that are not expeditious.

For God’s sake, we should  RESIST COMPLETELY the temptation of voting for somebody who pretends to love the masses but is pregnant with hidden agenda at a lickety-split. We should resist irresolute lily-livered leadership both at the Federal, State, and local government levels.

You will soon finish the Euros, Pounds, Dollars, and Nairas doled out to you within a few months but you would have put yourself, Children, and future children, yet unborn to perpetual servitude and insecurity by accepting to be induced or bribed to vote.

Vote for those with brains and brawns, not because of the bulging of their pockets; not all that glitter is gold.

Nigeria needs a paradigm shift in thinking to elect better leaders in the coming elections.

In ‘Consciencism’ , Nkrumah gives  us  the  definitive  concepts  of both ‘Positive  Action’ and ‘Negative Action’ in the following   words:

‘’Positive action  is the sum of those forces seeking social  justice  in terms  of  the destruction  of oligarchic exploitation   and oppression..’’

He says,’’ Negative action is the sum of those forces tending to prolong colonial subjugation and exploitation.

For the purpose of this subject,  we can apply positive action by changing the narrative of our voting system through our ballots.

In the process of materializing his philosophy of positive action, Kwame  Nkrumah suffered persecution at the hands of some of his own people and of the Colonial power. He also suffered prosecution and imprisonment. He, however, triumphed over all reactionary elements, and after a number of vicissitudes, he brought the Gold Coast(now Ghana) safely to the glorious haven of an independent sovereign state. At that haven, he divested her of the nominal vestige of colonialism and gave her the illustrious name Ghana.

After its proclamation and demonstration in Ghana, Positive Action became an acceptable norm of political action in different parts of Africa during his time.

We can replicate the Nkrumah‘s paradigm shift in Nigeria and bring back the lost glory of Nigeria.

Enough is enough. Enough of economic bastardization, enough of police brutality, enough of unceasing ASUU  Strike, mass unemployment,  doctors’ strike, and exodus to foreign countries because of bad conditions of service; enough of rhetoric, enough of terrorism and shedding of innocent blood even in churches and mosques, enough of killings without prosecutions to serve as a deterrent.

We have the opportunity to elect better leaders.  We should resist the temptation of taking money from the” money–bags” and should vote in people of conscience; people who had done creditably well in the past right from their ward levels.

We should look at the pedigree of candidates and not their purse. Vote wisely to be safe and alive.

Remember these few words of  Albert Einstein-‘’ The world will not be destroyed by those who do evil, but by those who watch them without doing anything’’.