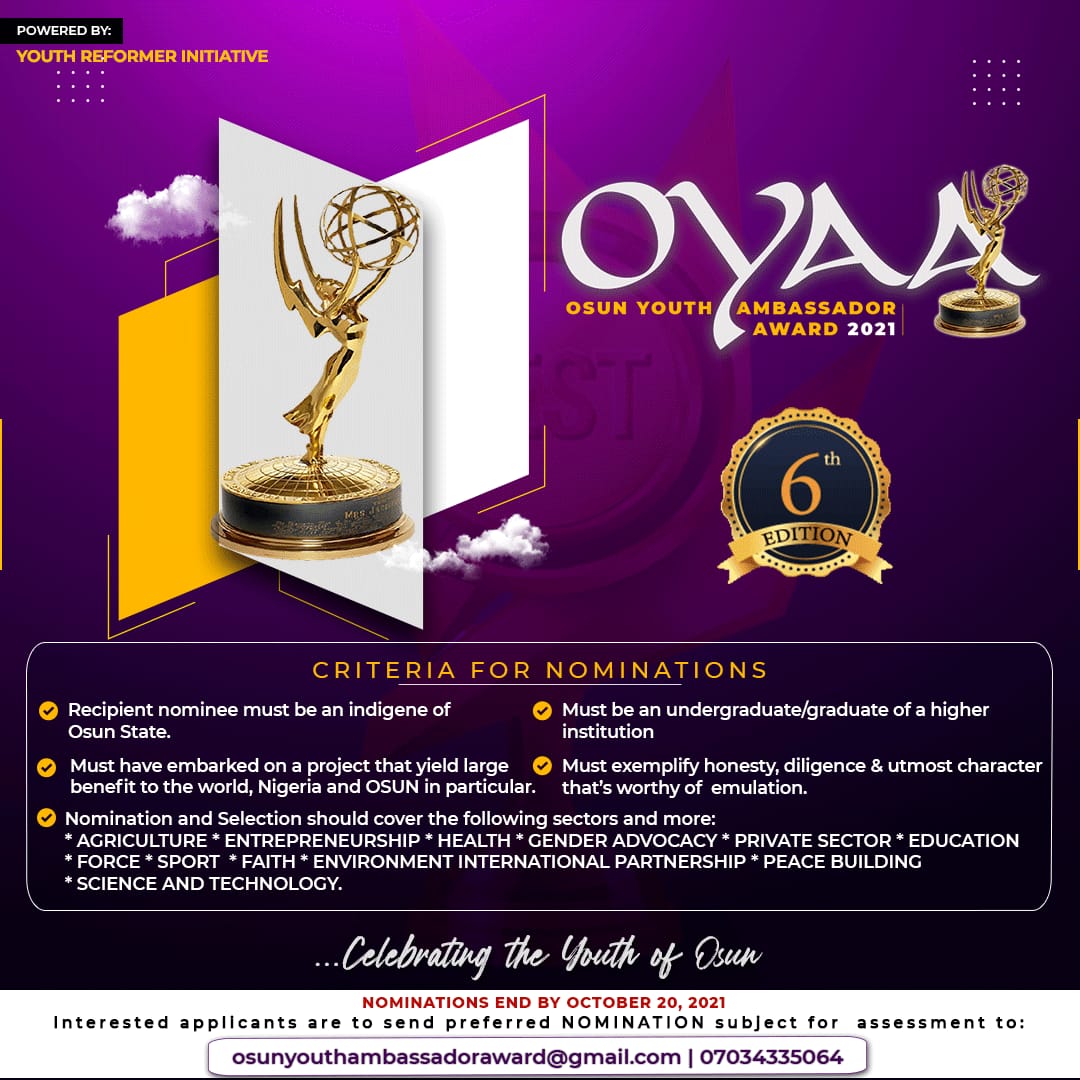 The nomination for the 6th Edition of the Osun Youths Ambassador Award  has been released.This was announced  by the organizers of the Award on Saturday.

The award is designed to reward  such individuals that have shaped the whole world , Nigeria and Osun State  in particular with indelible impacts.

However, according  to the organizers , the nominees for the awards ‘’must , in addition to their outstanding performances in their various fields , have contributed  meaningfully  to the growth and development  of their immediate  community’’.

The criteria for nomination include:

‘’Verification will be done based on the nominees by  the team members.

‘’Nomination and selection will cover the following sectors and more:

Interested applicants are to send preferred NOMINATION Subject for Assessment to Osunyouthambassadoraward@gmail.com