MEDIA AS CONSCIENCE OF THE NATION 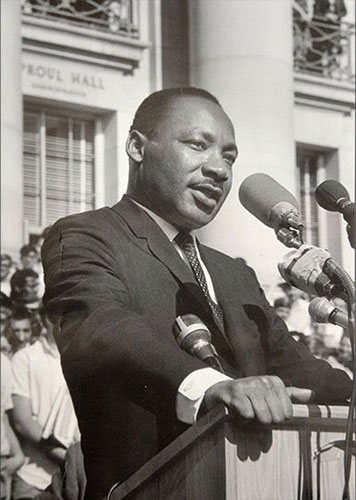 The history and pattern of media could be traced  to Nigeria subordination to imperialism . Prior to that period, ancient or traditional forms of inter-personal
and mass communications such as drums,town criers etc were employed as instruments of mass enlightenment and mobilization among various people of what we now know as Nigeria.
The role of the media cannot be over-emphasized not only in Nigeria but in the world. The media, always referred to as the forth estate of the realm is needed in the polity to preach change and educate people on how to go about national development. They are the conscience of the nation.AREAS OF CONCERN:
1. USE OF MEDIA STRATEGIES-Nigeria as the father of the African countries  needs the media to propagate national developments especially development at the rural levels. The media can help in nation building by effectively making use of national communication policies that spell out functions,politics, uses, ownership, control or regulation of the mass media,so that it will be employed sorely for national development. The media need to make use of communication or media strategies as information campaigns to change people’s beliefs, attitudes and behaviours for development purposes.
2  .SHUN POLITICAL PROPAGANDISTS
According to Jika ;1984” there are bourgeois or reactionary journalists who studiously continue to defend and propagate reactionary views , ideas,values and positions and who are used as fronts for ideological propagation of bourgeois values. Such journalists are megaphones and propagandists of the status quo. They are  apologists of bourgeois domination. Apart from raising non-issues to fundamentals,primordial sentiments are elevated over and above issues of class” The aim being  to confuse,obfuscates and becloud issues.
Nigeria media  should shun those politicians and money bags who want  to pocket them on the altar of Nigeria’s development.Politicizing developmental reportage is counter productive. In journalism, we were taught that the name of the business is ”publish and be dammed.” This is in order to put any government on its toes. Thanks to the freedom of  information law?  Accurate and adequate research , digging deep into the fabrics of governance will prevent overzealous and corrupt politicians and civil servants from dipping his/ her hands into the mud.
3. YOUTHS AS AGENTS OF CHANGE
Our media should focus  more on the youths in this dispensation of change and righting the wrongs of the past. They are  to hammer more on the youths and adults to developing  positive attitudes toward work.  It is an understatement that many of our youths no longer want to  use their  God-given talents but want cheap money or ‘national cake’. Yet  they want to own  fantastic buildings all over the country and overseas ,hence all sorts of cases such as ”baby factories, drug trafficking and kidnapping. The media are to bring this awareness  to people  that,everybody is inclusive when it comes to nation building and not the government alone.In fact,youths have vital roles to play in nation building as catalyst in the positive change ideology of the present government.Notwithstanding,we still have vibrant youths that are very intelligent,knowledgeable and are ready to do legitimate work.  Some are innovators who need only to be assisted.
4.GOVERNMENT ROLE
Human Development Report(1990) defined human development as ”a process  of enlarging people’s choices” that are created by expanding human capabilities”The media are trying in this area with various articles,interviews,discussions on radio and television stations. More efforts should be geared  towards making the government do what  the poor people want that can better their lives.’ Apart from higher income ,poor people put a high value on adequate nutrition,access to safe drinking water, better medical facilities, better schooling for their children,affordable  transport, adequate shelter,secure livelihood ,productive and satisfying job” The government should not  serve itself  but the people that put them in government,if truly,democracy is ”government of the people,by the people and for the people”. Not only the salaries and allowances of  the elected senators and representatives are to be constantly adjusted or reviewed but also that of the civil servants;the peasants farmers making palm oil  in our villages should also be encouraged by providing good roads,  seedlings and other  vital  materials   for  them.4.RADICAL JOURNALISTS
There are radical journalists who identified  themselves with the ideas, values and aspirations of the marginalized classes and who despite intimidations by powers  that be on their practices, continue to express and champion pro-revolutionary  ideas, values and positions. But these  brilliant,conscientious and  bold journalists should not forget to always  let those youths(and adults) involve in damaging  people’s properties and calling them  government properties know that directly or indirectly, they will have a bite  of the hardship  they are trying to create for people.They are impoverishing the poor more.The media should let them know that violence and destruction are not  the solution  to bring their desired  change in their environments and the country as a whole. The media, along with other institutions such as political structures,cultural institutions,churches and mosques are super structures of any socioeconomic  system  and are to be utilized  to bringing  the desired positive change in our society.
CONCLUSION
Journalists are poorly remunerated. As a result of lack of resources or mismanagement and little or no professional motivation, not much of investigative journalism is seen these days.This aspect of journalism  profession has always been the most hazardous to pursue,even in  this critical time of economic doldrums. Efforts should be made  to look into the salaries of journalists,provide insurance cover,pension and gratuities for them (especially  the private media practitioners). These incentives will encourage those on active service and the budding ones preach the ideas of national developments with boldness,  making their consciences and ethics of the profession their guiding lamp-post in deviant of personal interest.By Akintunde Idowu
Post Views: 54

One thought on “MEDIA AS CONSCIENCE OF THE NATION”