Launch of Obike Air in the Pipeline 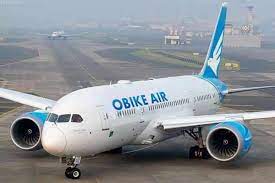 Ifeanyi Obike, the Anambra State-born billionaire is about to launch a new global airline, Obike Air which will compete with the likes of British Airways, Lufthansa, Qatar Airways, and Virgin Atlantic.

According to the information on Ifeanyi Obike’s Linkedin page, the forward-looking global airline, Obike Air, is to increase the number of Obike’s investments.

The airline has been tipped to fly the 747s and 787s airliners. Mr. Obike  Ifeanyi also hinted about the new logo and uniform for the start-up airline.

When the airline takes off, it will join the queue of start-up airlines, , including Green Africa airline that would start their flights shortly.

Myth and Reality About Your Car Maintenance and Use