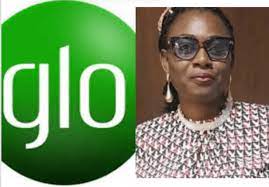 A fresh detail has emerged  on the sudden demise of  the 45-year-old  Telecommunication Glo Accountant, Folake  Abiola, who committed suicide  at her abode  at Osapa London  in the Lekki  axis

The spokesperson for the Lagos State  Police Command, Benjamin  Hundeyin confirmed that  Folake Abiola committed suicide by allegedly drinking a  ‘chemical substance’  on Friday, at her residence.

He added that the deceased had since been buried after the family requested her corpse.

‘’It’s true,  the police were there. She drank pesticide(name withheld to discourage more usage).

The family initially wrote to the police to demand her body and was released on compassionate grounds. She has since been buried on May 27.

‘The whole family came together to request for the body. It’s confirmed  that it was suicide; she drank pesticide. The bottle was on the floor ‘’., he told Sahara reporters.

AA colleague of the deceased, who spoke to PUNCH  said Abiola has been suffering from depression for years, adding that the news of her death was shocking.

Contrary to claims online, that  Abila committed suicide owing to loneliness, and lack of a husband, among others, the colleagues said her associates knew that she had been in romantic relationships,  adding that she ended them owing to depression.

The source said,’’ she had been suffering from depression for many tears and her death has nothing  to do with loneliness or lack of a husband or sex. Within the last seven years, I know  she was in a relationship twice.

‘’She ended those relationships on her own because of depression., she said.

She did not want to bring someone else into her life when she could not take care of herself.  She was going through extreme depression, but people that did not know what she was  going through have been posting rubbish online’’.

A source said the deceased worked with Glbacom  Limited, adding that she was on leave when the ugly incident took place.