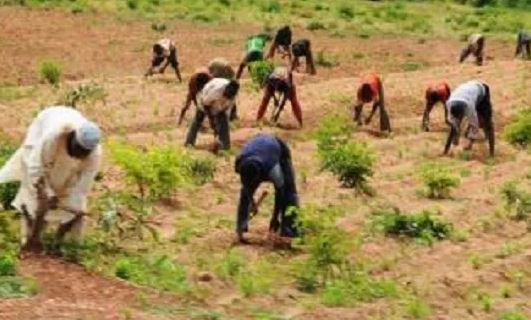 The forty-four kidnapped people from a mosque in Zamfara Community last Friday have been subjected to manual labour in the farmland of their abductors.

Residents had told the Daily Trust,that the bandits had called to tell relatives that the captives were with them and working in their millet and sorghum plantations but are yet to demand ransom.

“Our millet plantations are due for harvest and the captives must do the work for us,” one of the bandits was quoted as saying by a resident,Abubakar Bukkuyum.

Residents said the armed men had their guns inside their clothes and stormed the mosque ,when the Imam was about to start delivering sermon.

They (bandits) asked those on the premises of the mosque to get inside the mosque before their attack.

However, long long after they entered the mosque,they brought out their riffles and fired some shots as a warning.

“They commandeered the congregants into the bush but some of the worshippers managed to scramble out of the mosque to safety.

The Muezzin(Muslim official who calls the faithful to prayer) was among those kidnapped but the Imam was lucky to escape the assault.

“Some  of those who were outside the mosque were also abducted.

When contacted for an update, the spokesperson of the police in the State,SP Muhammad Shehu said, search and rescue operation had begun.