Is the Ukraine -Russia Meeting a PathForward or Political Sideshow? 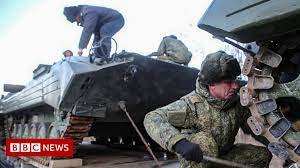 Russian troops ‘’have slowed their offensive’’ but are still pushing forward Ukraine, according to a statement from the General  Staff of the Armed  Forces of Ukraine on Monday.

‘’In violation of the norms of international humanitarian law, the occupiers have insidiously inflicted missile strikes on residential buildings in Zhytomyr and Chernihiv’’.

The statement added that Ukrainian forces were repelling  Russian attacks, ‘’ forcing the enemy to abandon the offensive’’.

As of Monday, artillery fire from one of the  Ukrainian brigades had destroyed more than five Russian convoys, the statement said.

CNN is unable to independently verify these claims.

Dissertation Claims-the statement also said ‘’the enemy is demoralized and sustaining heavy losses’’, and that ‘’frequent cases of desertion and disobedience were noted’’.

‘’The enemy realized that propaganda and reality were different. The occupiers are afraid of us. Defenders of Ukraine continue to maintain a stable defense’’., it said.

On Sunday, Russia acknowledge a number of injuries and deaths among their troops for the first time since the invasion began but did not provide precise numbers.