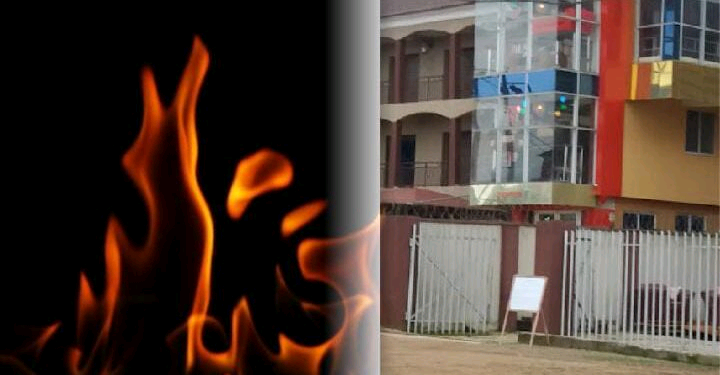 An Electronics Shop and ArtDeco  located  at the Akindeko Public Market , along  Olaiya , Alekunwodo  road , Osogbo has been gutted with fire. 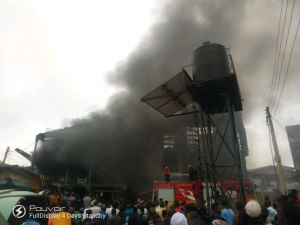 The highly equipped shop was inflamed at the early hours of today around 3.am when the affected  shop owners  and sympathizers  scampered for lives and making efforts to  call the fire fighters to douse the fire outbreak.

The combined efforts of both the Federal and Osun State Fire Fighters responded promptly to salvage the situation but  damage had already been done to the shop and two others adjoining the Electronic shop.

An unconfirmed source said it was  the abrupt restoration of electricity to the area  that may have been responsible for the calamity.

Sympathizers , residents  were seen consoling  the loss  as those affected were  trying to pick whatever they could  from the ruins.