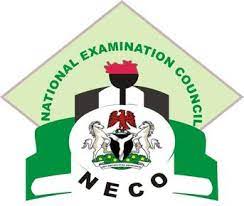 The delay in the release of the 2021 Senior School Certificate examination conducted by The National  Examination Council has not gone down well with some schools’ proprietors and parents.

The examination was conducted on Monday, August 16th,2021.

According to the PUNCH, some parents complained that their children and wards need their results to sit for the Post Unified Tertiary Matriculation Examination and process admission into tertiary institutions.

A parent who told Punch correspondent, Mr. Emeka Anozie, that two of his children that sat for the NECO  SSCE, needed the results because their schools of choice would not accept awaiting results.

‘’Most parents on my social media platform feel that NECO  results are being delayed unlike before.  Our children need the results to process admission; as you know, most schools are already selling Post UMTE forms, we hope they release the results soon’’, he said.

The Chairman, Topdeal College, and 3G Educational Services, Ikorodu, Lagos Mr. Oladeji Akinola, explained that some schools would not accept awaiting results, adding that it was important that NECO  results were released early so that the candidates would not miss admissions having passed the UMTE.

‘’Institutions like Tai Solarin University of Education, Macpherson  University,  Osun State University, Federal University, Oye Ekiti, and some others, do not accept awaiting results, If the candidates don’t upload their O/Level  results on the JAMB Portal, they will not be able to process admission’’, he stated.