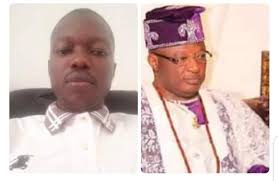 Chief Adedoyin and six others were in court this morning in connection with the murder of Timothy Adegoke, an Ex-Master Degree Student  (MBA)  of Obafemi Awolowo University(OAU)  Ile-Ife.

Ruling on the bail application, Justice  Adepele Ojo, held that counsel to the defendant had applied for bail on health grounds.

She also observed that the prosecution, in its counter application, said that Adedoyin had already commenced treatment in Abuja.

Justice  Adepele observed that even though the charges against  Adedoyin are bailable, they were serious felony charges that could attract jail terms.

In view of this, she, therefore, declined the application for bail, because there was no serious threat to the health of the defendant.