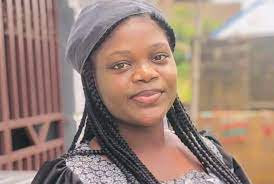 The Lagos State Police command revealed that two suspects have been arrested in connection with the missing   Ms. Ayanwole Oluwabamise, a 22-year-old  lady who boarded a BRT bus in Lagos from Chevron bus stop, Lekki, en route Oshodi on 26th February 2022 at about 1900hrs and yet to be found till now. The spokesperson of the Police Command, says as soon as the report got to the police,  investigation into the circumstances surrounding the disappearance of the lady as promptly initiated.

He stated that to ensure a speedy and effective and efficient investigation, the Commissioner of Police, CP Abiodun Alabi, immediately directed the State Criminal  Investigation Department, Panti to take over the case.

The police spokesman added that in the course of the ongoing investigation, two suspects have been arrested and are currently helping the police in their investigation.

While assuring that the police detectives will continue to work assiduously to find the missing lady and bring her abductors to justice, the command appealed to anyone with useful information that could help in its investigation to promptly give it to them for further necessary actions.