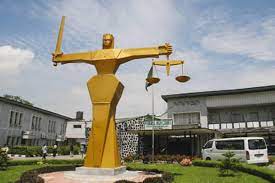 19 Students on Wednesday, was sentenced by a Maiduguri High Court, to six years imprisonment having found guilty of cultism.

While delivering his judgment, Justice Umar  Fadawu, held that there was sufficient evidence that each of the defendants committed  the offense of conspiracy  and management or membership or belonging to an unlawful society.

The News Agency of Nigeria(NAN) reports that the convicts were arrested by the police on September 21st,2019 in a hotel in Maiduguri for belonging to an unlawful society, New Black Movement a.k. Black Axe.

Fadawu after considering  the plea from some of the convicts and their counsel., Ahmed Hamman, who pleaded for leniency, sentenced the convicts to six years each on each of the two –counts without an option of fine.

‘’The prison terms shall run concurrently from October,20th ‘’, Fadawu ruled