CORONAVIRUS LATEST: Nigeria on Sunday recorded 24 Additional Coronavirus infections across 6 States of the Federation and the FCT

Mar 2, 2022 Coronavirus updates in States and FCT as at last Sunday 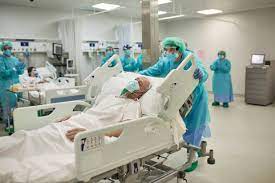 The current update released by the Nigeria  Centre for Disease Control (NCDC) late Sunday night shows that the new confirmed cases have increased the country’s infection toll to 254, 525.

The  Centre stated that the country’s death toll still stands at 3,142, as no fatality was recorded on Sunday.

With no backing of infections and discharges reported, NCDC noted that a total of 249, 013 people have been successfully treated and discharged nationwide since the outbreak in 2020.

BREAKDOWN  IN STATES AND FCT

The breakdown of the data shows that Abia State reported 7 cases, followed by Lagos State,  Nigeria’s epicenter of the disease with 6 cases.

Edo State and Federal Capital Territory(FCT)  followed on the log with 4 and 3 cases respectively.