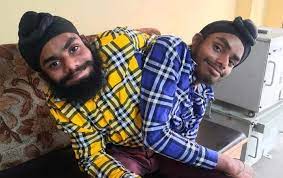 The 19-year –old Conjoined Twins abandoned by their parents at birth have been given their first job with two salaries.

Recall that the twins had been abandoned as babies and were housed in an abode for children from impoverished families. 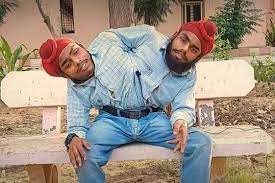 Sohna and Mohna Singh were abandoned at birth.

Now aged 19, there are employed for the first time having won government jobs.

From their tender age, they loved fixing things and ould try to mend any broken appliances at their shelter.

The twins  earned a diploma in electronics

In their new role, they will be working in the supply control room where they will look after electrical appliances.

Speaking to the INDEPENDENT, the twins said: ‘’We are thankful to the Punjab government for recognizing our talent’’.

In a tweet by NDTV, Sohna and Mohna said:’’ We thank the Punjab government and the Pingalwara institution, which schooled us, for the opportunity’’.

The twins have two hearts, kidneys, and spinal cords, as well as two pairs of arms, but share a liver, gallbladder, spleen, and legs.

Doctors refused to separate the twins because it could have led to the death of one of them.