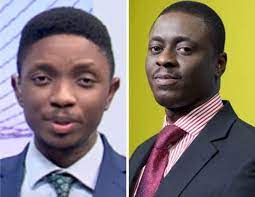 The Duo TV  Anchors of the Channels Television’s Sunrise Daily, programme, Chamberlain Usoh and Kayode  Okikiolu, on Friday, confirmed their invitation to the National Broadcasting Commission(NBC), headquarters over the interview they anchored in Abuja to make some clarifications on the interview granted to the Governor of Benue State Samuel Ortom.

Contrary to the version that the broadcasters were arrested by, the DSS, a source disclosed that the Station only received a query from the NBC, a move the source described as a plot to intimidate Channels TV. However, Uzoh and Okikiolu according to reports were invited to the NBC’s in Abuja on Thursday.

It was gathered that NBC was not comfortable with an interview granted the television Station by the Benue State Governor Samuel Ortom and former Navy Commodore, Kunle Olawumi.

Recall that Ortom in the interview labelled Buhari’’ as the worst President to ever rule Nigeria, adding that the President is grossly incapable of managing the affairs of the country’’.

According to Ortom,  ‘’Buhari is trying to implement a secret Fulani agenda in Nigeria and care more about cows than the people he’s expected to lead’’.

In the same vein, Olawumi also revealed that ‘’the Buhari-led government was shielding sponsors of Boko Haram’’.

He said,’’ Boko Haram terrorists mentioned names of current Governors, Senators and Aso Rock officials as sponsors during interrogation by the military authorities’’.

According to him, the Department of State Services(DSS) has tremendous information on terrorists but they can’t do anything except the body language of the President.

The anchors who aired the programme from Abuja instead of Lagos base showed their appreciation to colleagues, journalists and Nigerians for their concerns and telephone calls.